pdf
ON THE COVER:
Why Does Everyone Hate CodeNEXT?
news

Why Does Everyone Hate CodeNEXT?

Can a polarized Austin reach consensus on land use by next spring?

A Land Use Lexicon

CodeNEXT: Learn to Love It

Trying to make sense of a deeply flawed first draft

How will the new code affect the way you renovate your house?

¿No Habla Land Use?

One thing about CodeNEXT: It’s definitely in English

Our Austin-bashing governor knows how to spread manure

Quote of the Week: Greg Abbott

Plans include investments in 41 items, including five new schools

But dogs are happier than average!

Slouching toward a summer break

Campaign 2018: Can Anyone Beat Lamar Smith?

First TNC drops in response to Uber and Lyft's returns

It promises to be a very special session

The Hightower Report: Who Is Mick Mulvaney ... and Why Is He So Awful?

Because he works for Trump, that's why 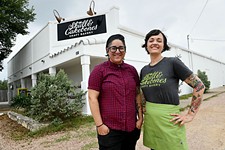 Dripping Springs Keeps Growing, But Can the Dining Scene Keep Up?

Dear Glutton: How to Step Up Your Picnic

Going beyond the typical bag of chips and cooler of beers

MC Sertified Arrives at a Crossroads

South Austin rapper doesn’t want to leave his hometown, but he may have to

Bruce Robison & the Back Porch Band

Forget to Remember to Forget 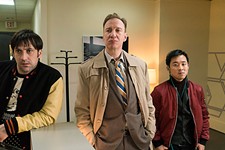 Not sure what to do at ATX? We've got you covered.

An animated adaptation of the beloved book series

An intimate look at a leader's state of mind

It Comes at Night

Picking up the pieces of the Syrian Civil War

A soldier and her PTSD dog

The lowdown on the 2017 submissions, judges, 10 finalists, and the prize-winning stories

As an elegy to the ice, this dance aestheticized doom but left us plenty of edge

Rubel’s solo show is cutting when it comes to Bill Cosby and Rachel Dolezal, but it also explores the complexities of race
columns

The Luv Doc: A Long F%#king Way From Smith

The Luv Doc has a confession to make 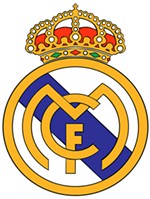 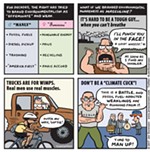