pdf
ON THE COVER:
Jimmy LaFave in the Present Tense
news

Point Austin: It's Getting Harder to Stay Weird

Amid state and federal nonsense, it's getting harder to stay weird

Thomas A. Saenz has some suggestions for the governor

County Re-Budgets to Save Community Programs

Despite Abbott's cuts, criminal justice initiatives will survive 'til fall

Voting Results In, Some Conservatives Out

On Abortion, Texas Leads in Lying

Lawsuits, Lions Municipal, and a little land use mixed between

Lege Lines: Think of the Children

Sine die looms. Do these bills have a shot?

Bill of the Week: This Bill’s for You

Rep. Craig Goldman serves up a new round of beer-based tax

The Challenge to SB 4

Texas' Marijuana Policy May Be Progressing Quicker Than Expected

Texas' marijuana policy may be progressing quicker than anyone realizes

The Hightower Report: Why Did Trump Back Off From His Mexican Border Tax?

Nobody knows more about trade than him 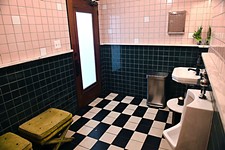 In Praise of the Restaurant Restroom

The best bathrooms are for more than business

A mixed concept with a dang good tot

Dear Glutton: Where Beer and Board Games Mix

A few options for a snack, a drink, and some Settlers of Catan

Jimmy LaFave in the Present Tense

Shedding the stigma of the inevitable

Breaking the fourth wall with the legendary comedian

Conspiracy thriller as metaphor for heartbreak

Guardians of the Galaxy Vol. 2

Star-Lord and co. return in the popular Marvel series

A deft reimagination of the serial-killer genre

King Arthur: Legend of the Sword

The Once and Future King gets a reboot

Norman: The Moderate Rise and Tragic Fall of a New York Fixer

The man who would be kingmaker

The obit writers of The New York Times are profiled.

A mother/daughter vacation from hell

Texas School for the Blind’s "I Can’t Hear You, It’s Too Dark in Here"

TSBVI student artists go WEST with an exhibition of their work

When and where to go

Austin Shakespeare’s The Comedy of Errors

“Nina Katchadourian: Curiouser” at the Blanton

Driven by untamable curiosity and over-the-top commitment, the artist makes work that revels in improvisation and play
columns

Page Two: Hey Hey, My My

Queerbomb is short on funds and needs your help

The Luv Doc: The Hot, Fiery Furnace of American Stupidity