pdf
ON THE COVER:
How Texas Is Texas Wine?
news 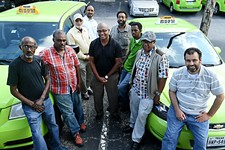 Point Austin: On the Backs of Immigrants

In the war over "sanctuary," the victims are most vulnerable

Council: No Sanctuary for the Weary

Voter turnaround has … not been good

How will Texas carry out its state-sanctioned killings?

The 85th Lege rolls on

Who here wants to argue about the positive effects of seat belts?

State Board of Education Evolves

A rare bit of good news out of the SBOE

Climate Change: Still Not a Hoax

AISD Board: Next up for Saldaña’s Vacant Seat

Appointee imminent, the ballot for next year's election is already overflowed

The county has raised $135,000 to offset Gov. Abbott's February stunt

Why is George Orwell’s 1984 a bestseller again?

How Texas Is Texas Wine?

What “Truth in Labeling” means for Texas winemakers and vineyards 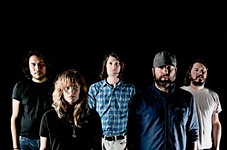 New LP Death Song soundtracks a society on the brink

Austin’s top governmental job in music is up for grabs

Does What He Wants

Exploring the Charm of the Hill Country Film Festival

AFS programmer exposes his [BLANK] for the classic game show

The Disneyfication of nature continues

I Called Him Morgan

Doc on the late jazz great

My Entire High School Sinking Into the Sea

Visually arresting tale of a high school gone to sea 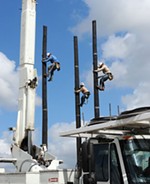 The Threat to NEA Funding and Austin

How would the proposed cuts to the National Endowment for the Arts hit Austin? Hard.

The Phantom of the Opera at Bass Concert Hall

With this interactive sound installation, it’s hard to tell whether it’s more about music or not-music
columns 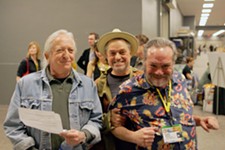 Page Two: The Air He Breathed, the Baby Blue Sunglasses He Wore

The Luv Doc: Too F%#ing Flirty

People are born grifters, swindlers, and loafers and are therefore deserving of our contempt 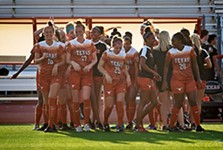