pdf
ON THE COVER:
Easy Ways to Save the Planet
features

Easy Ways to Save the Planet

How to take saving the Earth into your own hands

Confessions of a Cheapskate Posing as an Environmentalist

Mother Earth better have my money

Turn Your Yard Into a Wildlife Habitat

Preserving the environment by letting your lawn go wild

While you still can As Austin Grows, So Does the Risk of Flood

Forget the 100-year storms. City flooding happens all the time, often right in your backyard.

Want to Hunt and Blow Shit Up With a Tank?

Hearing on Gerrymandering Set for April 27

A hearing on congressional redistricting is set for April 27

Decisions Await for the Fate of Oakwood Chapel

Is moving graves from under the chapel adding insult to injury?

Reed and Pruett strike out. But justice for Duane Buck?

Steve Boehle busted for illegal possession of firearms, lying about past convictions 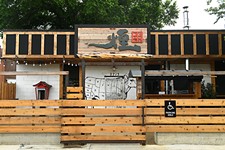 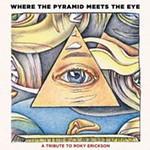 Reanimating one of the great Austin tributes

As terminal cancer ticks down Jimmy LaFave’s life, he says the show must go on

UT professor looks to jump from the lab to the marketplace

Heavy metal and Satanism in a rural Texas town

God Knows Where I Am

The Lost City of Z

A futile quest for an extraordinary place

The Polish Mermaid musical you never knew you needed

The Armenian Genocide as seen through a love triangle

Another round of a psycho ex from hell
arts & culture

“Jos Howard Demme: Bad Boys, Good Dogs, Everyone Else in Between”

Dining Out for Life raises funds for HIV/AIDS related care

Pot, like most drugs, is pretty fucking wonderful when used recreationally