Free Stuff to Do at SXSW: Week Two

Your guide to free events on SXSW's second weekend

Life under attack by our state government

It's a war on women's health

It's not about protecting women and children

County sheriff wants to keep ICE out of Austin

Steal from the rich and give to the – well, not the kids

Save Our Springs (If They’ll Let Us)

Austin's environmental values are in perennial conflict with the legislators

Need a ride? The Lege will take you for one.

It's your house. What can you do with it?

Point Austin: A Victory for Travis

Department will adopt a victim neutral affidavit by year's end

While Council's Away the Mayor Will Play

Council seeks to feast on the good of the land

The 85th’s State Something

Bipartisan Support for a Pot Bill?

House Bill 81 would decriminalize possession within the state

“Callous disregard for the climate of fear” in immigrant communities

The Hightower Report: The Emperor Has No Clothes

This man is so far gone

So you’re hungry at SXSW? 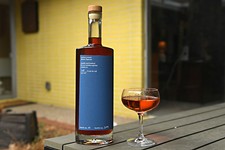 Bitter friends ’til the end

Pies worth traveling for

Dear Glutton: Getting in to Franklin Barbecue

And where to go if it doesn't work out

A-Z list of 100 Austin acts showcasing at the Fest

Veteran rocker Tommy Stinson on the Replacements, and his new replacement band

This Memphis singer is no overnight sensation

Jason Lytle is ready to pick up the Grandaddy mantle again

“If we didn’t move out of Caracas, we wouldn’t be a band anymore”

SXSW by the genre

Power-pop, French pop, mellow pop, electro pop – so many pops to choose from!

Rhythm and blues and everything in between

Ryan Adams, Robyn Hitchcock, Neko Case, and the next generation of solo strummers

Dance your ass off to these 11 EDM acts

Groupings by city, state, and animal

The Order of Time (Concord)

Can You Deal? (Dead Oceans)

A Corpse Wired for Sound (4AD)

Hurray for the Riff Raff

Canyons of My Mind (New West)

The World We Built (Dualtone)

Swear I'm Good at This (Frenchkiss)

Welcome to the Panopticon

SXSW’s bubble burst? Sure, okay – if you say so. Leave the starfucking to us, then.

The life and death of Madalyn Murray O'Hair, The Most Hated Woman in America

Star Wars, Monsters, and the drive to tell a story

Sansa or Arya? The truth comes out at the panel for the popular HBO show.

Wendy Davis on Clinton's loss and the prospect of future gains

SXSW Panel: Covering POTUS: A Conversation With the Failing NYT

A death, a funeral, and much family drama

A renowned poet attempts to end her life

The secret life of the forgotten James Bond

The little brother of the Fest grows up

The big ape is back 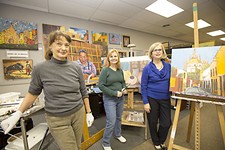 In the Marketpace Art Gallery, four women have created a studio where they can develop as artists together

In playwright Annie Baker's fun twist on haunted house tales, you learn what it is to be watched

Ensemble VIII sang this Renaissance music for Holy Week so feelingly, it conjured shadows in a room full of light

Sometimes you want more from the artist's 3-D printed busts and photographs of same, and sometimes you get it
columns

Lesbian Wedding is high on the list of SXSW closing parties

This year marks the 80th anniversary of the deadliest school disaster in U.S. history

PEWOL (pronounced "pee wall"), which stands for "people without lanyards"