The Game of Vice

How to fail in life no matter where you land

Deep in the Heart of Texas Political Scandals

Crimes, carousing, and contravention from the Capitol grounds

Point Austin: The Age of Trump

Is this the year of urban planning?

Two friends were jumped upon leaving Tuezgayz at Barbarella

10-1 version 1.5 stares down the coming year at City Hall

What’s Next for CodeNEXT?

The Return of the Lege

State’s 85th Legislature already a battle of House and Senate

What to do when your appelate attorney's headed to work for the D.A.?

The Hightower Report: Koch Brothers Are Out to Conquer the Countryside

Donald Trump is just the sideshow

A Beginner's Guide to Marijuana Edibles

What to eat at the end of the world

Playback: The Westin Sues the Nook Over Sound

And “Playback” votes in the Austin Music Poll

We Learned It by Watching Movies

A film primer for the best in wicked entertainment

A beast helps a boy through tough times

The Virtues of Gossip

Can theatre gossip bond the people who share it?

In this stage adaptation of E.B. White’s classic, music and a sense of family connect to each of us and connect us all to each other

This exhibition has a softness that’s seductive, but it also speaks to our timeless wonder at the workings of wildness
columns 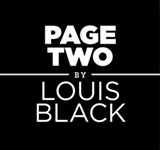 Page Two: The Path Back to Believing

It only takes a moment for the ordinary to transform

Luv Doc: Vice Without the Ad

Existentially speaking, it's probably best not to go apeshit with the featherduster

Tenant left out in the cold

BY LUKE ELLIS AND TABITHA GONZALEZ