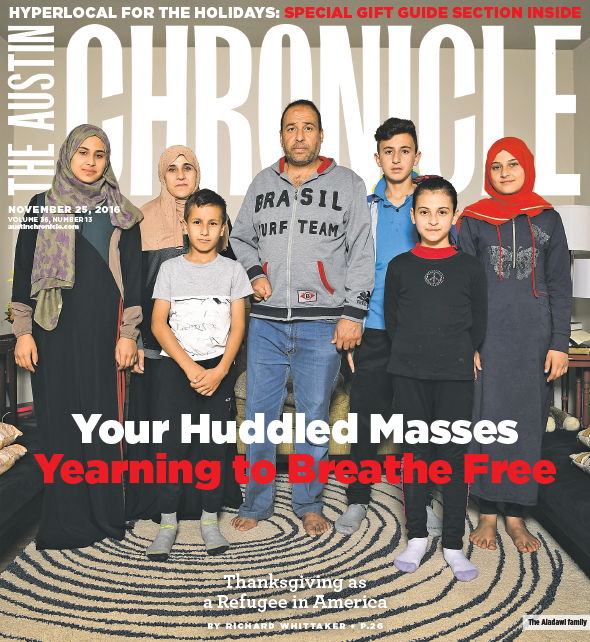 Hyperlocal for the Holidays

From shoes to dollhouses to leather goods, these Austin designers are doing it their way

BY NINA HERNANDEZ, SPENCER BEGHTOL, TUCKER WHATLEY AND WILL MCCARTHY

Thanksgiving as a Refugee in America

Give me your poor, your tired, your huddled masses yearning to breathe free

A Future for the Affordable Care Act?

Foundation Communities: Obamacare is safe through 2017

Displaced families will receive compensation for their moves

AMA Calls for a Nationwide Ban on Coal Tar Sealants

See how easy it is to report fake news?

With Austin's long history of systemic racism, why did it take this long?

What’s the Future of Body Cameras in Austin?

That’s up to the courts for now

Acevedo Out, Manley In, Search for Permanent Chief is On

The Hightower Report: Why We Should Reach Across Borders, Not Close Them 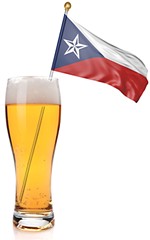 Is Austin the Pilsner Capital of America?

Paleo-friendly concept is virtuous but not holier-than-thou 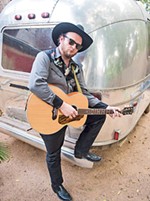 Seeking Justice in a Criminal Way

Who Are You Afraid Of?

Time Has Shown Me

As You Were, The Vulture

When You Were Young
Screens 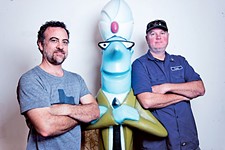 Lifted by wonderful performances, Austin Shakespeare's take on the Noël Coward backstage comedy is a delight to watch

The company’s program, with a new work inspired by the 1966 UT Tower shooting, spoke powerfully to our present moment

In our tumultuous moment, seeing work by artists from nations that have known tragedy our own has not can be enlightening
columns

Page Two: This Too Shall Pass, Or … Ain’t Got Time for That Now 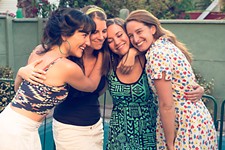 These days, your chosen family is more important than ever

The Luv Doc: In Favor of Waxing

There is far too much hair in the world already 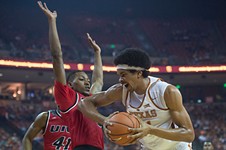 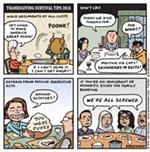