The campaigns last forever, and the battles never end

Yesterday was the Day of the Dead, and next week, our long, long national nightmare will come to a close (unless another one is about to begin, but I just can't contemplate that)

Council: From Trash to Treasure

Dripping Springs wants to dump its wastewater where?

Election Notes: Notes at the End of the Road

Just a few more days of this deluge

A Celebration of Austin’s Black Cemeteries

What caused the "Wreck of the Wells Fargo"?

We Know Where You Should Eat During Sound on Sound

How to celebrate a birthday without all the hassle

Two sleepers and a headliner worthy of spotlighting at SOS Friday

BY LIBBY WEBSTER AND ALEJANDRA RAMIREZ

Will Toledo's bedroom confessional becomes a rock brigade – with empathy!

Saturday platters at Sound on Sound

Sheet Music – My Damage: The Story of a Punk Rock Survivor

by Keith Morris, with Jim Ruland

28-year-old Aussie on caring less what other people think

Liverpool metallurgists back from the dead

A final three picks for the SOS Sabbath

BY TIM STEGALL AND MICHAEL TOLAND

Sabbath spinners at Sound on Sound

You Are Going to Hate This (Dangerbird)

Depressed at the Faire

Emo, screamo, and other downtrodden acts

Four acts for the sleepy set

Beats and rhymes at SOS

Cherubs Flourish in the Afterlife at SOS Fest

Playback: Sound on Sound Gets Medieval

The Speed of Sound: Breaking the Barriers Between Music and Technology: A Memoir 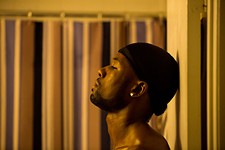 Trevante Rhodes on His Role in Moonlight

Dark and stormy, with a side of stoner fun

The Doctor is out, far out

A pacifist goes to war in Mel Gibson's brutal film

There's magic in this Moonlight

The Globe stage is comedy central for Sound on Sound

All Booked Up for the Texas Book Festival

Fans of the written word, keep this weekend’s schedule free; you’ll need every minute for the TBF

Who Killed These Girls?

The O. Henry Prize Stories 2016: The Best Stories of the Year

White Sands: Experiences From the Outside World

The Terror Years: From Al-Qaeda to the Islamic State

The Wangs vs. the World

A Gentleman in Moscow

Today Will Be Different

The Vortex’s Ballot Eats the Bullet

This timely production’s extraordinary performers speak truth, as black women in America, that makes us see them

Tapestry Dance’s One Step at a Time

Page Two: We Have Met the Enemy and He Is Us

Whoever wins the election, the damage is already done

The Common Law: How The Next President Will Reshape the U.S. Supreme Court

And the lasting impact of this presidential election