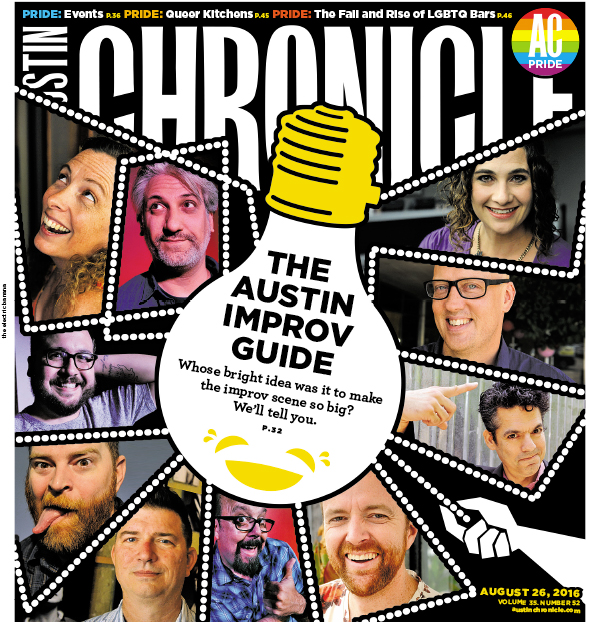 pdf
ON THE COVER:
Guide to Austin Improv
news

A candidate roundup for the November election

District 2: The Battle for Southeast Austin

Zimmerman and Flannigan gear up for rematch

District 10: Gallo vs. the World

Oft-criticized incumbent has three candidates vying for her seat

AISD and ACC Board of Trustees

BY MICHAEL KING AND CHASE HOFFBERGER

Lege, Statewide, and Beyond

What does Trump's toxicity mean for downballot races?

Why is the TDCJ so reluctant to test death drugs?

(And a few other things got done)

What Does Austin’s Explosive Growth Mean for Capital Metro?

Big changes are coming, but it’s not clear yet what they will be

Cop Disciplined for Celebrating Killing on Comments Board

The Hightower Report: Look Who the Donald Is Bringing in From the Cold

Would Trump surrender our people's democratic sovereignty to Putin?

After Orlando, queer space is more important than ever

How to impress your SO's parents on a budget

My Life in Steel and Concrete (Super Secret)

Titan of the Telecaster Bill Kirchen

The guitarist settles in Austin but flies Transatlanticana 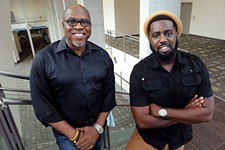 We're (unfortunately) off to the chariot races again

The saga of a college football underdog

A man races through London to save his kidnapped girlfriend

The People vs. Fritz Bauer

The hunt for Adolf Eichmann

Doc on local filmmaker is a thoughtful portrait

Space Dogs Adventure to the Moon

The venues, events, troupes, and individuals who have transformed Austin into a "Yes, and" boomtown

This solo version of Woyzeck is a fresh, compelling take on Buchner's play, powerfully performed by Joey Hood

Keep on keeping on

Can't make it to France or Mexico City? A pair of religious shrines make one holy site in the Alamo City.

The Luv Doc: Call the Movers

All you need to do is find that one magical key