pdf
ON THE COVER:
The Power of Art in Austin’s Overlooked Objects
news

What Would $720 Million for Transportation Buy?

Locked Up for Being Poor

The department's full-time vacancies hover around 150

Case headed toward trial in December

The Bernie Sanders revolution is just getting started

Booze Delivery Apps at Your Fingertips

Get lit without changing out of your pajamas

Foods deserve to be celebrated in more than an artificial way 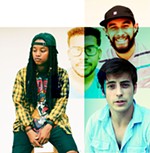 I'm Not the Devil, Songs & Sightings, A Little Too Late

Death of the Cool

Meet You by the Moon
screens 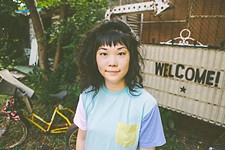 Maggie Lea brings the summer program back for its seventh year

Burt Reynolds and The Bandit

Doc chronicles the making of a classic

I Like to Watch: UnREAL and the Forms of Consumption

In this comedy about comedy, Mike Birbiglia nails what's funny and true

Suicide Squad is done in by its own hand

The Power of Art in Austin’s Overlooked Objects

Austin’s Popular Gallery of Graffiti Searches for a New Location

Great singing and dancing make Dave Steakley's staging soar, but a spoonful of calm would help the spectacle go down

The company's young artists infuse the musical incarnation of those spooky, ooky Addamses with fresh blood by the buckets
columns

Out of nothing, street art achieved velocity

A slow week, but there's still fun to be had

Wear what the fuck you want