e-edition   |   pdf
ON THE COVER:
Amy Gentry on Good as Gone
news 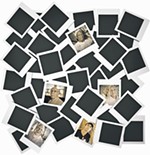 On living through the history of AIDS, and seeing a rising rate of infection

How many votes can $2 a month buy?

Did the City Jump Into Bed With Taser Too Fast?

Alison Alter says she will advocate for neighbors – not developers

City Council will weigh the cost of sobriety

Local parish comes together around baking

Korean bar and restaurant captures the spirit of Austin 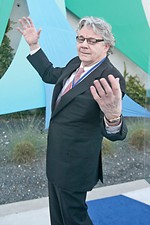 Playback: The Return of the Austin Smoking Ban

A decade after the initial smoking ban, local health group hopes to stomp out smoking patios

Anna Rose Holmer on Her Feature Debut The Fits

“LGBT visibility” is a strange thread to pull

Edina and Patsy hit the big screen with mixed results

Viggo Mortensen and family go off the grid

Hillary’s America: The Secret History of the Democratic Party

Another distorted salvo from Dinesh D’Souza

Latest entry of the series is overstuffed and meandering

The magic of Disney unlocks a boy's mind

Prepare for an onslaught of jump scares 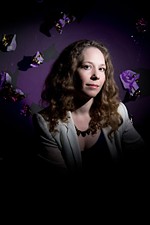 Amy Gentry on Good as Gone

This Austin author didn't set out to make her first novel a thriller, but now that it's out, she's good with that

Review: Good as Gone: A Novel of Suspense

"Scorch and Drag" at Flatbed Gallery

Page Two: It's the Time of the Season for Absolute Moral Certainty

Krudas Cubensi will blow yer mind and make you move

Not everyone needs to gaze constantly into the pool of Narcissus