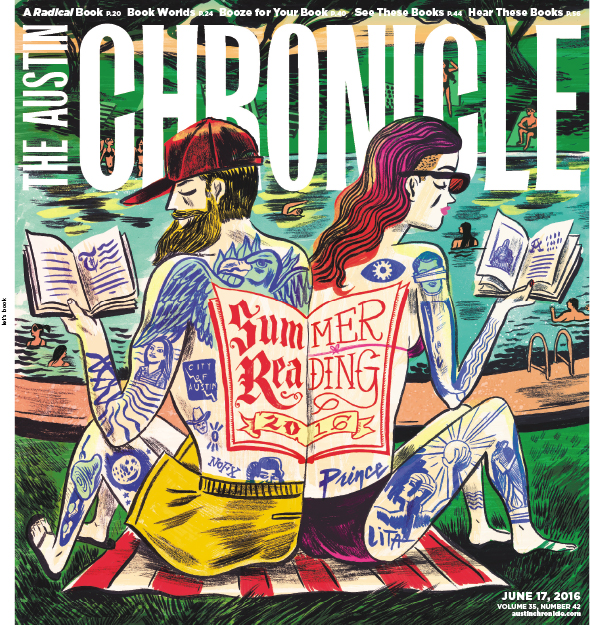 Point Austin: Will This One Make a Difference?

Orlando could be a turning point ... or else it won't be

Subversion Not OK at RRISD

Department must change its operating procedures

Why Bill Clinton should just go away

These craft cocktails are for the books

Spring tours done and dusted, and spring releases mostly all spun, time to crack some sex, drugs, and R&R

Let's Go to Hell: Scattered Memories of the Butthole Surfers

Front lunatic Gibby Haynes escapes the Butthole Surfers' first bio, but nothing else did

Kent Finlay wrote the songs, but more so he nurtured songwriters

Kill 'Em and Leave: Searching for James Brown and the American Soul

Under the Big Black Sun: A Personal History of L.A. Punk

Punk rock as L.A. lit no less than Charles Bukowski and Raymond Chandler

NOFX: The Hepatitis Bathtub and Other Stories

The punk equivalent to Mötley Crüe's debauched autobiography The Dirt

Stick It! My Life of Sex, Drums, and Rock & Roll

Terminated for Reasons of Taste

Don't All Thank Me at Once: The Lost Pop Genius of Scott Miller

The history of Woodstock – the town, not the festival

Austin filmmakers and the books they love

Tower director on punk and Capote

Inspired by the collective unconscious

On what makes a great book a great movie

How to avoid being desensitized to life

The latest playful foray from the Greek filmmaking avant-garde

If only Dory had ruby slippers, she could click her heels and be home

Raiders!: The Story of the Greatest Fan Film Ever Made

Set in an alternate past wherein Britain colonized Mars, David D. Levine's novel is a thrilling adventure for young and old

Four protagonists move through our world, imaginary worlds, and time in Iain Pears' sumptuous tangle of a book

Sofia Samatar's novel of Olondria takes patience, but its characters are intensely complex and beautifully human

To Build a Home

Four Austin writers discuss how they create their fantastic worlds

In every respect, this production of Richard Bean's updated farce artfully crafts an environment of laughter

In taking characters beyond improv to a scripted format, this ColdTowne project delivers an exaggerated imitation of life

The haunting array of sculptural mutants displayed at Art on 5th are at once foreign and familiar, frightening and comical
columns

Page Two: All or Nothing Is No Way Forward

Will the most hopeful mass leftist movement in recent years end up handing the presidency to Donald Trump? 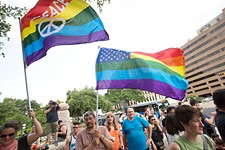 Thanks for the prayers, but they're not good enough

Yes, even a little bit of milk 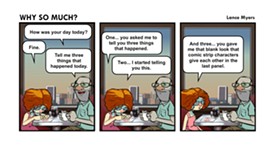