Resources for those who find themselves struggling to house their animals

Point Austin: How Much Money Is Too Much?

As Uber and Lyft's millions flood, Austin voters may have had enough of Prop 1

Notes on Kamp: The Illusion of Safety

Prop 1 is terrible, but the regulations it seeks to overturn need work

AISD Salaries Up for Debate

With cost of living going up, teachers need a raise

Ott and Acevedo at Odds

What happened to America's train system?

How much is too much for Austin diners?

Yoshi Dreams of (More Than) Sushi

Otoko isn't what you think it is

Where to eat in Austin now

Austin pastry stars recount the dishes that made their careers

Heroes on the Half Shell

The oyster is Austin's world 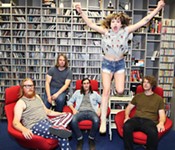 Levitation 2016, a bitter pill for all 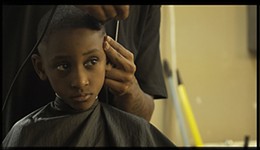 Where Is Your Mind?

Stories of the Mind brings mental health issues to light

It's a Marvel Universe, and we all just live in it

Jason Bateman directs and co-stars in this dark comedy

The Man Who Knew Infinity

Mathematics prodigy Srinivasa Ramanujan is the subject of this biopic

In this Indian horror film, an ill man is possessed by black magic

This animated video-game spin-off fails on every level

Rio, I Love You

All set in Rio de Janeiro, this is a collection of short films
arts & culture 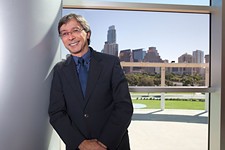 The Austin Arts Hall of Fame Class of 2016

These inductees – Ballet Austin's Cookie Ruiz and Stephen Mills, and the Austin Symphony Orchestra's Peter Bay – are cultural heroes who lead by example

As usual, ScriptWorks' annual showcase of 10-minute plays is a bit rough but shows the promise of creative minds

"McKay Otto: Ever or Ever" at CAMIBAart

Page Two: Pablo Picasso Was Never Called an A...... The Luv Doc: What's Right With the World

Even the prettiest of trophies get dusty eventually

BY CHRIS PERKINS AND LUKE ELLIS