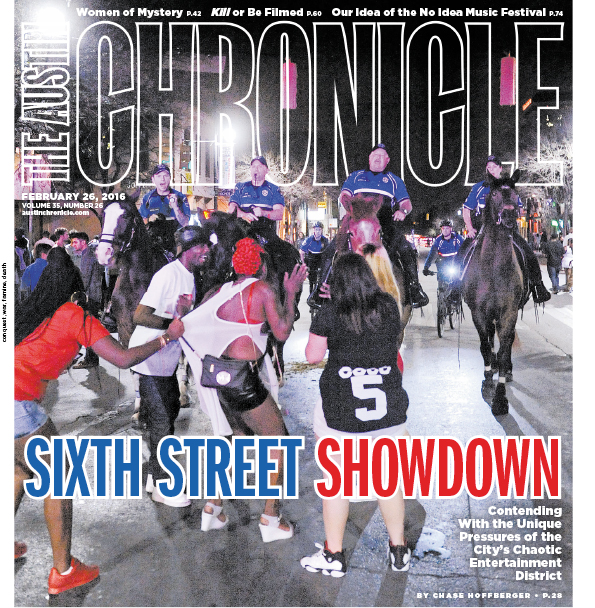 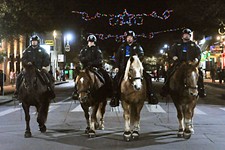 Downtown is growing, and with that growth come rising tensions between police, partiers, and activists

For your consideration as you enter the voting booth

With a decision made on STRs, perhaps we can move on to other things?

UT president announces his recommendations for implementing guns on campus

Should big corporations have to pay the taxes they owe? 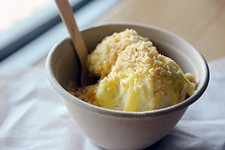 South Congress bar and grill is pleasingly out of time

What Austin dining can learn from San Antonio 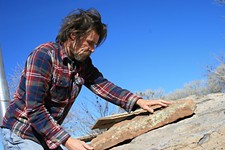 After the SXSW carnival leaves town, Kealing Middle School will have something to show for it – thanks to Spotify

How the Spark Loves the Tinder

Absorbed by the Forest
screens 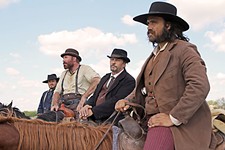 Joe R. Lansdale's Hap and Leonard get a swampy series

Go behind the groundbreaking book of interviews; a must for cinephiles

Indian drama about the heroic flight attendant on a hijacked plane

Animated Japanese film about a woman reflecting on her childhood 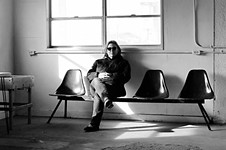 Lisa Sandlin's gem of a noir set in 1970s Beaumont is atmospheric, by turns amusing and harrowing, and surprisingly compassionate

With this debut, Melissa Lenhardt delivers a punchy page-turner with a real feel for life in small-town Texas

Murder, She Read: What Hooked Us on Women of Mystery

The script for this baseball play is a bit wobbly, but Austin Playhouse fields a strong production for the win

Page Two: May the Circle Be Unbroken 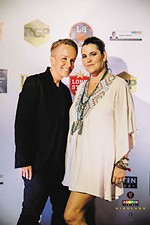 In the world of queer lady party-throwing, two years feels like a victory 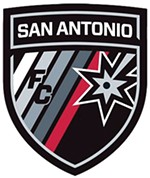