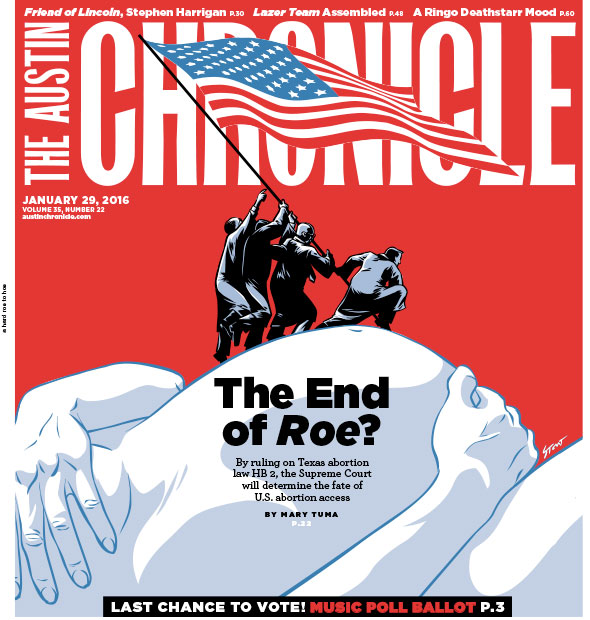 After nearly three years of fighting, Texas reproductive rights advocates will get their day at the U.S. Supreme Court

Point Austin: On the Endorsement Carousel

The Chronicle begins its endorsements process

On the Record: Sexism and the City

Council should get serious about gender equality

Ring in the New Year with a marathon Council meeting

No truce in the TNC war

All's Fair in Love and Ridesharing

Blocked by the Cops

Choose your words carefully before tweeting at APD

APD: The Facebook Friend You Didn't Know You Had

Austin's housing market is rough. It's even worse if you have a criminal record.

Why the GOP's fence fantasy is a farce

How Austin kitchens are beginning to love gluten

Watch and prepare for your Oscar pool

Form an opinion instead of guessing what will win this category

Horrors: A nanny finds that her new charge is a life-sized doll

Perfect effects and performances made this sea-rescue movie a dandy

A long-married couple begins to question their union

Now a kung-fu master, the panda is no longer a grasshopper

Stephen Harrigan on A Friend of Mr. Lincoln

At its heart, Aleks Merilo's play about boys exiled from their cultlike church is about mind control Distinctive peak outside of Bakersfield has guided travelers for centuries

A pile of cat poop is hardly a severed horse head, but you should probably take it as a message 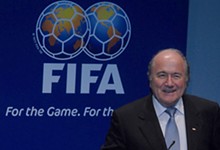