pdf
ON THE COVER:
Ones to Watch
news

Not in My House

Point Austin: "Is There Anything We Can't Do?"

Public Notice: Out of Their Cold, Dead Brains

GOP refuses to be sensible about guns

Homeless-backed trucks deliver food, clothing, and blankets to their own community

D.A.'s Race Heats Up With Lawsuit

The many firsts of 4th Tap

The return of Antone's, Free Week, and the Austin Music Poll Ballot

A new year, a new batch of filmmakers

A professional wrestler becomes a pastor who moonlights as a vigilante

Iñárritu’s Western loses the forest for the trees, but oh, what trees

FronteraFest: The Place to Start

Would I miss Israel for Israel? I worried.

Desert playground is home to state bison and longhorn herds

The Luv Doc: A Ray of Hope

Wherein the Luv Doc unveils the key to happiness 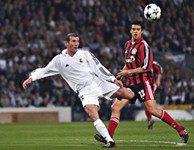