e-edition   |   pdf
ON THE COVER:
The Residents
news

How Thanksgiving meals make their way to Austinites in need

The Day After Black Wednesday

An ugly process to get to a not-awful ordinance

An estimated 9,000 lots will become eligible to build ADUs

Navigant: Gas Is a Natural

The provider claims the state is breaking federal law

Who will speak up for white students?

Working Overtime, but Not Getting Paid for It

Labor laws: Just because they exist, doesn't mean they're enforced

Through Dec. 6, Car2Go waives its sign-up charge for new members from $35 to $5 and adds 60 minutes of free travel time

Candidates Line Up to File

In Austin, carnival food has no season

Let's Get Ready to Scramble 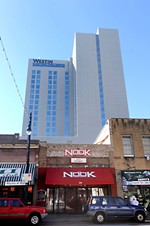 Can clubs and hotels coexist in Downtown Austin?

Warren Hood's All Good in the Hood

Stroke survivor Robert Reyes gets another lease on life

Putting Your Money Where Your Mouse Is

Austin filmmakers on the promises and perils of crowdfunding

Sweet and charming, Pixar's dino pic should please everyone

An overweight Indian woman has trouble finding a suitor; Tamil

An overweight Indian woman has trouble finding a suitor; Telugu

The Wind in the Reeds

For this Co-Lab Projects exhibit, a gallery at Canopy becomes a tomblike space for exploring religion
columns 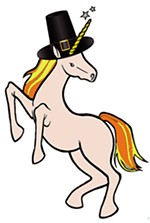 The holidays can be tough when you spend them alone: Come find your chosen family 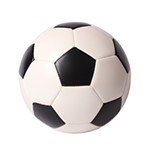