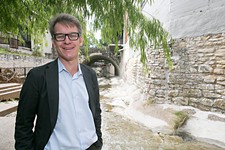 Public Notice: Break Out the Sharpies (or the Sharp Knives)

If CodeNEXT staff want community input, they need to be more transparent

Council: It Never Rains but It Pours

Abbott Cracks Down on Sanctuary Cities

The End of F1 in Austin?

U.S. Grand Prix might not be back next year 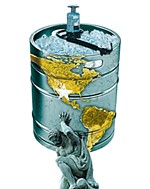 Austin isn't a world-class beer destination, but it's close 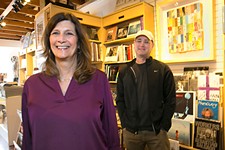 A master editor steps behind the camera

When They Were Kings

The show may be canceled but the community is thriving

Gaspar Noé does the impossible: He gives us a boring, 3-D sex odyssey

A comedy gathering as dreary as your own family get-togethers

Longhorn legend Freddie Steinmark gets his due in this sports drama

Bollywood take on The Prince and the Pauper switch

Antonio Banderas stars in this story about the trapped Chilean miners 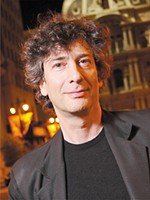 In Capital T's simple, elegant staging of the Pinter classic, it's what isn't said that matters

In Verdi's Egyptian tragedy, Austin Opera excavates from the pomp and pageantry the personal

Chorus Austin unearthed a vast repertoire of music – gorgeous, frightening, and comedic – that speaks to mortality and the dead
columns

The Seattle sisters get called up

In the end the mortality rate of bearded vs. non-bearded people is exactly the same