pdf
ON THE COVER:
How To Assemble Your 50-Foot Uterus Mask
news How To Assemble Your 50-Foot Uterus Mask

BY AMY KAMP AND MARY TUMA

The Once and Future Library

A vote for the county courthouse is a vote for justice

Council: Taking It to Committee

Unlike Ahmed Mohamed, many members of the Muslim community in Texas experience hatred yet receive no support; their stories go unpublished.

Ryan bitten on the butt by his own mad dogs 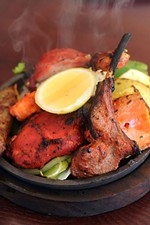 The meat of the matter

Take Me to a Party

Playback: Hip-Hop at Home With the Armadillo

I Am the Albatross

The Rise and Fall of Monsterman

Searching for Hope in A Single Frame

A photograph sparks a global odyssey

Bradley Cooper is a "bad boy" chef; Sienna Miller and others are garnish

Filipino film about the Church of Christ's Felix Ysagun Manalo

Humans, vampires and zombies live in peace until an alien invasion

Jem and the Holograms

The Eighties animated series is resurrected as live action

Once I Was a Beehive

Pleasant summer-camp film checks its religious ideology at the tent

In this final film in the series, found footage causes more trouble

Scouts Guide to the Zombie Apocalypse

Boys Scouts save town from zombies

Everyone give it up for America's favorite fighting Frenchman

C. Denby Swanson's comedy with nice hit men is a blast of cool fun, with a hint of danger just below the ice

On the subject of this year's Halloween cover 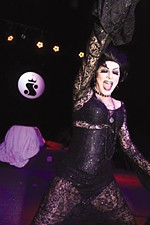 Spooky image on UTMB wall gazes over the Galveston waterfront

Great memories are meant to be treasured