City attempts to keep up with growing need for services

The attacks against Planned Parenthood are not just political, they're about class and privilege

Public Notice: And on the Seventh Day ...

Casar, Houston not warming up to expansion proposal

No Birth Certificates, for Now

Let the Sun Shine In!

Who will oversee Volkswagen's overseers? 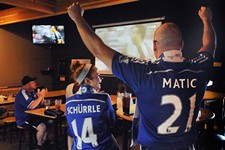 Three ways to keep it local

What the cat brought in 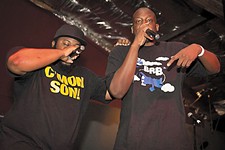 A Golden Boy gathers his Greatest Hits, there's hope for Hole in the Wall, and F1 Fan Fest contracts, yet expands locally.

When the Rainbow Disappears: An Anthology 1965-68
screens

Labors of Love (and Money)

The Past Casts a Long Shadow

History is now at this year's Austin Polish Film Festival

The ever-popular YA novels spring to life with Jack Black

Must Date the Playboy

This Halloween, Austin serves up five freaky takes on Mary Shelley's mad doctor and his monster

The audience-friendly first concert of the school year offered earfuls of drama from Bizet, Beethoven, and more
columns

Page Two: The Undoing of Due Process

Gay Place: Back in Black 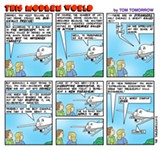