pdf
ON THE COVER:
Stomped Out
news 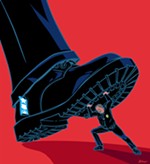 As Sheffield's case awaits trial, he still wonders why CLEAT took such drastic action against him

Beside the Point: Making Mental Health a Priority

Public Notice: Plans for the Future

The CodeNEXT process is upon us

No Contempt in Jumpolin Hearing

Getting in on the Ground Floor

Planning gets started for the Elgin Agrarian Community A Good Coffee Shop Is Not That Hard to Find

Finding home in the bottom of a cup

Craft and quality at Bone Spirits 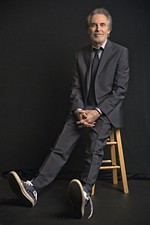 The First Collection of Criticism by a Living Female Rock Critic

Comin' Right At Ya

Going Into the City: Portrait of a Critic As a Young Man

Beasts of No Nation

An Appalachian "spinster" learns the truth about her past

A Surfeit of Lit A House of My Own: Stories From My Life

In this collection of essays, letters, lectures, and more, Sandra Cisneros opens wide the doors to the house of her life

The O. Henry Prize Stories 2015: The Best Stories of the Year

The 20 stories here span cultures and time, and usually involve family and plenty of emotion

The Double Life of Liliane

More Than LBJ's "Plus One"

Page Two: It Was Thirty Years and a Day and a Half Ago

What if the bliss they're doling out in heaven is not your jam? 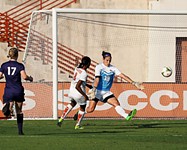