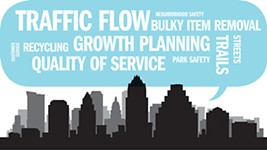 What Do Austinites Want?

Budget in a Box results

STRs: One minus two proving to be a difficult concept

Budget hearings get under way this week

The Virgin of Launderette

Frenemies of the Grove

Committee to present STR resolution to Council on Thursday

Death Watch: After Little Help From Counsel, Inmate to Die

Tercero's execution would be 12th in Texas this year

25 years of blood, sweat, and beers

Could music collectives make Austin the next Music Row? 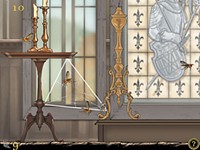 Tiger Style Games on bringing a dead story to life

From Dusk Till Dawn bares its fangs for season 2

Fight of the Century

The 1968 debates between William F. Buckley and Gore Vidal are legend

Listen to Me Marlon

Marlon Brando, in his own words, is nothing short of transcendent Improvising Chekhov With Nothing and Everything

To improvise Chekhov plays, the cast of Nothing and Everything learned just how much goes on in them

Breaking String's Gusev is a remarkable, feverish journey through the human condition
columns

Gird up, ATX! The city's expecting 150,000 revelers in a rainbow sea next weekend.

The Luv Doc: What Is He Saying?

Sometimes a declarative statement is just a fishing expedition