If you want to protest institutional racism, pick an actual target

So much to do, so much Austin

Paying Out of Pocket for Autism

Searching for the Disappeared

Families of missing Mexican students bring their story to the U.S.

Do UT Frats Have a Race Problem?

New EPA standards could cause CenTex to miss the mark

Still All About the Money? 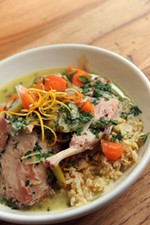 Hopping on the rabbit bandwagon

Salad Days Are Over

The Zellner brothers mine urban legend in Kumiko, the Treasure Hunter

Gems for the Taking

The kids are on the run – again

Send this one directly to comedy jail

A killer force is spread through sex, and it's all very creepy and evocative 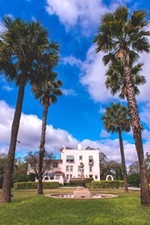 The Contemporary Austin gives new life to the place where it all began, Laguna Gloria

Performers in Our Midst

In 1,000 Forest Gorillas in Kansas, primates inspire the art of living

"The Superlative Light: Inside the Texas Petawatt Laser"

The Good Eye: Allies in the Industry

Giving Austin actresses a seat at the table

Walk in the footsteps of the Coahuiltecan people

The Luv Doc: Spelling and Grammar

Another win for the Republicans, another step toward idocracy