As the session begins, continuity and inexperience are the major questions

Transportation: Pay As You Go

Criminal Justice: Mercy at the Margins

Keeping It Weird: Bills on the Fringe

Point Austin: The Day That 10-1 Began

Pomp, circumstance, and possibility at the new City Hall

Public Notice: Get Your Meeting On

A roundup of civic events to start the year off right

Do APD officers have a pattern of dismissing sexual assaults?

Case dropped for interference with officer

BY MARY TUMA AND MICHAEL KING

The Newest in Trustees

Games now bring us to the sponsors

The Most Important Meal

It's time for Austin to have breakfast

The case of the barbecue bandits 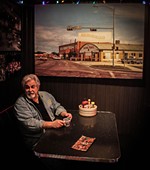 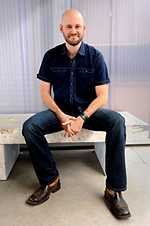 One of the Good Guys

Is Chris Ohlson the nicest film producer in town, or just the hardest working?

Can teens and adults safely connect on social media?

Although it's dramatically uneven, this film is a commendable historical drama about Martin Luther King Jr. that sidesteps the common pitfalls of adulatory biopics.

The Woman in Black 2: Angel of Death

The eeriness is palpable but the suspense is not.
arts & culture

All Over Creation: Wide Open Spaces

A new crop of arts venues is sprouting all over Austin

You'll always find something unexpected at a La Follia harpsichord concert, but you can expect the instrument to be well-played

Kick off your queer year with these Gay Place recommendeds

The oldest dance hall in Texas?

How to politely ask without being crude