The Right Man for the Job

Homestead exemption comes at a price

Will Council make a golf course its parting act?

Turnout in the Council Races

Guess which part of the city will get the lion's share of a 20% homestead exemption?

A Few Rounds Over Decker

How many golf courses does Austin need?

Council prepares for a marathon session

Wages up in the Air

Will ABIA vendors get away with another 10 years of paying less than living wages?

Union President Wyatt says it's a vindication of workers' rights

The Lege Stirs Into Action

And the member shuffle continues

Exposing the secret corporate coup of our democratic elections 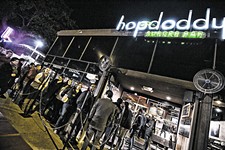 Culture and craft at Texas Keeper

Does Fork & Taco stand out on taco row? 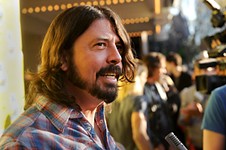 Dead Mall Blues, The Man Who Rode the Mule Around the World

Book of the Worm

Where Does It Hurt?

With The Inside Story, Scott Rice gets people talking about mental health

You Oughta See the Pictures

A popular singer finds the courage to be herself with the help of a friendly cop.

Dumb and Dumber To

Glen Campbell: I'll Be Me

Touching documentary captures Campbell's final tour, which is made more poignant and brave because of the musician's worsening Alzheimer's.

The Theory of Everything

Based on Jane Hawking's memoir about her marriage to the scientist Stephen Hawking, this film really shows what goes into a relationship.
arts & culture 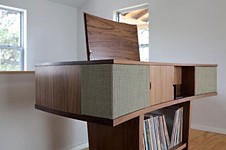 All Over Creation: Renewed Faith

Gay Place: Stand for Our Family

How do we honor those who've fallen?

You could pick this column up and read it right now or ...

Activities abound at this state park

The Luv Doc: Where is Dan Savage?

The Luv Doc's knowledge of analingus is abominably sparse