What the campaign finance reports say about Austin's politics

It's way past time for some new voices on education policy

Will TNCs make it back to the agenda?

Consultants don't quite get arms around megaevent

A gross purchase of GOP governors

Mead in the Heart of Texas

Meridian Hive produces one honey of a drink

Balkan Cafe rises to the top

Blurbing the second Friday of ACL 2014

Blurbing the second Saturday of ACL 2014

A sole Sunday act speaks for the Sabbath – again!

Alexander and the Terrible, Horrible, No Good, Very Bad Day

This pleasant throwback to the live-action Disney films of yore provides brisk fun for all.

The doll from hell is back.

Prince Vlad fights off the Turks with with a little old-school vampirism.

This drama starring Robert Downey Jr. and Robert Duvall sounds better on paper than it is in practice.

God help us: Nic Cage is up against the Rapture.

This documentary seeks to debunk stereotypes by introducing us to six Mormons from around the world. 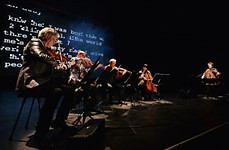 In The Great Society, playwright Robert Schenkkan and his subject, LBJ, both gamble big

In a new staging of The King and I that's long on Asian authenticity, audiences are "getting to know" this Rodgers & Hammerstein classic in a most personal way 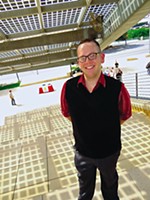 OUTober is in full swing: Swing and you'll hit an event

You would kill for this suit

The Luv Doc: A Back Door Man