Life Inside the Campaign War Zone

BY MARY TUMA AND MICHAEL KING

Where do Susana Almanza's donors work? Where does Jay Wiley live?

City Council: All This, and Bull Creek Too

Taking stock of the most tumultuous SXSW in the event's history

Superintendent Search and Board Campaigns Continue

What's Next for American YouthWorks?

Celebrating over 1.2 billion hours of service

Based on a Dennis Lehane story, this disappointing crime drama costars James Gandolfini in his last role.

This buddy comedy travels all the way to Reykjavik – but does it actually go anywhere?

Heartfelt, seriocomic romance about two longtime partners who wed after 40 years, then discover all is not bliss. 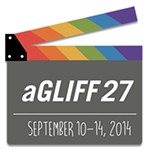 Austin's Gayest September Ever continues with aGLIFF and StarGayzer

Some of the best new developments in day-tripping around Texas

The Luv Doc: A Sexual Savant

On the dangers of following someone into a dark basement