pdf
ON THE COVER:
Sym the Prole
news 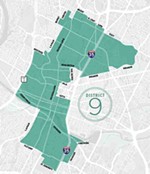 How to Build Neighborhoods

BY AMY SMITH AND AMY KAMP

Will Texas fulfill its constitutional promise?

Reading (not too far) between the lines of Thursday's marathon

Guv. candidate can't decide if he's up for a debate

Trottie is scheduled for execution next week

Scary Perry foments fear that terrorists "could be" coming from Mexico

Change for the Better

How one West Texas family brought the cows to town

The Art of the Brew Will Quench Your Aesthetic Thirst

Mourning the restaurant that brought Thai to Austin

Chimes at Midnight and How Shall We Then Live?

A Wild Pitch of a Life

No No: A Dockumentary chronicles the legendary life of pitcher Dock Ellis

If You Build It, They Will Come

There are things in the catacombs beneath Paris that should remain underground.

Mexico's most beloved comedy film star gets the biopic treatment.

The fabricated ghost of Elvis Presley's twin brother hangs over this complete muddle.

This story about a damaged, young woman mired in the mundanities of boarding-school life is utterly bloodless.

The Last of Robin Hood

Kevin Kline is Errol Flynn in this confused story of his late-life affair with 15-year-old Beverly Aadland.

Hindi biopic about the legendary boxer.

Famous for pitching a no-hitter while high on acid, Dock Ellis the man was so much more.

Mark Duplass and Elizabeth Moss shine in this rom-com-dram with a twist.

Eric Rohmer's 1996 film gets its first Stateside release – and the wait was worth it.

Gay Town in the A-Town

All Over Creation: Glory Days

When is gazing back at the past looking in the wrong direction?

Capital T's Detroit is a destination worth a visit, but you wouldn't want to live there 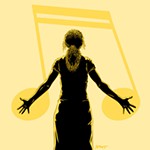 Letters At 3AM: Karen Holden's This Music

This Music, Karen Holden's new poetry collection, expresses the connection between the self and the world

SMTX IS ON! Happy first Pride, San Marcos! Keep those Bobcat claws where we can see 'em.

The Good Eye: How Should a Fall Fashion Preview Be?

The "Good Eye" does herself

The Common Law: Does An Old Arrest Show Up on a Criminal Background Check?

What's best to do after a case gets dismissed

The Luv Doc: What is Wrong 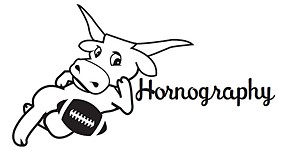