Austin could be the first city in Texas to require them

Join the Chronicle for some candidate forums!

Perry: Welcome to the 'Lavatory'

Perry fights charges; has an "oops"

A Little Light in the Darkne$$?

A light could soon shine on "Dark Money" in Texas

'Unconstitutional on its face'

Go on, take the money and run

Tales of the Refugees

Lifting America Up by Raising the Wage Floor 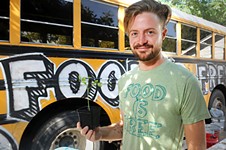 Good food doesn't have to cost the Earth

Terry Black's isn't quite ready for the big leagues

The Austin Food and Wine Alliance up their culinary grant ante

In hock? We've got just the ticket!

Promise of a Brand New Day

I Got More Soul!
screens

Two Guys, a Girl, and a Puzzle Piece

Human advice for a post-human world

What's not to love about a career as a secret inspector of luxury hotels? Turns out, plenty.

Pierce Brosnan stars in this spy thriller that's decently made, but lacks the sizzle of a 007 or Jason Bourne.

Saints and Soldiers: The Void

Racial strife undercuts the efforts of a U.S. tank crew during the waning days of World War II.

The Trip to Italy

Steve Coogan and Rob Brydon continues their journeys as a couple of guys attached at the funny bone.
arts & culture 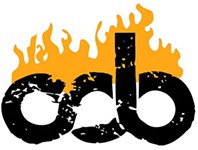 Making Offers No One Can Refuse

Key & Peele writer reveals how the comedy sausage is made

The Austin Theatre Project cast is exuberantly energetic, but it's in the still moments that they're most true to this musical
columns 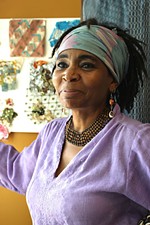 The Good Eye: You Say You Want a Resolution

Waterlog your weekend at Splash

Keeping the environment clean is a dirty goddamned business 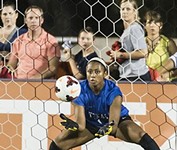