pdf
ON THE COVER:
Cold as ICE
news

Sheriff Greg Hamilton stoutly defends the 'Secure Communities' deportation mill. But growing public and official opposition is working to shut down the line.

Point Austin: ... And Two Steps Back

Then There's This: Saving Water From Ourselves

An 'Open' Search for AISD Chief

Friction between the two stems from arrest of jaywalking jogger Is bánh mì destined to be Austin's newest food obsession?

Looking for water? Bring your own!

Gas station eats by the lake 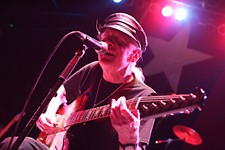 See that tip jar? Give.

From His Head to His Heart to His Hands 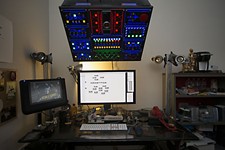 Joe Nicolosi's workstation is out of this world

At Rooster Teeth's Annual RTX Fest, It's All About the Community

America: Imagine the World Without Her

Another book by conservative political commentator Dinesh D'Souza gets the documentary treatment.

Agreeably phony movie focuses on a pair of unlikely partners drawn together by the promise of making music.

Adventure-comedy about a female private detective.

A trio of suburban kids befriend an alien entity in this Spielberg-influenced family film.

In this Canadian comedy, a down-on-its-luck fishing village spruces up to try to lure a big-city doctor to town.

Two kids elope and discover marriage is tougher than it looks in this Bollywood film.

Melissa McCarthy burns through a lot of goodwill in this limp, confused comedy cowritten with her husband, Ben Falcone.

Globe-trotting multistory meditation on love, betrayal, and lost/found children from the director of Crash. 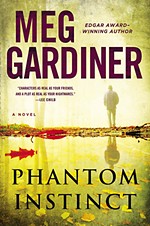 This biography of the gambling, murdering Binion captures his wild character without trying to make him likable

Getting Life: An Innocent Man's 25-Year Journey From Prison to Peace

The True American: Murder and Mercy in Texas

As summer heats up, the 'Chronicle' runs afoul of the law, in fiction and nonfiction

The Tesla Project: A Celebration of All Things Tesla

Sure to be the most current event this weekend

American Roots: Music of the Moravians

'Mariah Dekkenga and Josef Bull: We have never been modern'

The Common Law: Can I Win My Property Tax Protest?

How to appeal to the Appraisal Review Board Natural Bridge Caverns is home to Buddy the giraffe

The Good Eye: Bringing Messy Back

Them other boys don't know how to craft ...

Go forth and blow it up for the Fourth

The Luv Doc: Thanks, SCOTUS

Americans should be highly suspicious of people walking around in robes 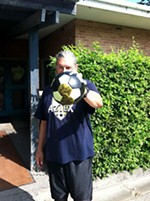