The Plantation at Comal Bluff

Sneed House ruins tell a story beneath and behind modern Austin

Does city want fair hiring, or to break the union?

Then There's This: Highway 45 Revisited

Except for the mayor, Council reaffirms opposition to 'aquifer toll road'

City aims for carbon neutrality by 2050 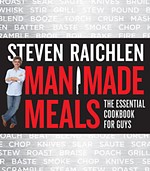 Man Made Meals: The Essential Cookbook for Guys

Yucatán: Recipes from a Culinary Expedition

A is for Absinthe: A Spirited Book of ABCs

Canning, Pickling and Freezing with Irma Harding: Recipes to Preserve Food, Family and the American Way

The Homesick Texan's Family Table: Lone Star Cooking From My Kitchen to Yours

The Nourished Kitchen: Farm-to-Table Recipes for the Traditional Foods Lifestyle

The Hip Girl's Guide to the Kitchen: A Hit-the-Ground-Running Approach to Stocking Up and Cooking Delicious, Nutritious, and Affordable Meals

My Usual Table: A Life in Restaurants

Good Mexico City Food Has a Home on the Eastside

There's still room for improvement, but so far we're enchanted with Licha's Cantina

Trailers on the move, and the Austin food community loses a friend

Chaos in Tejas contracts to 'A Weekend in Austin'

Some heads are gonna roll at Fun Fun Fun Fest 2014

Ashes in the Rearview

Living in the Underground

For the Sake of the Song
screens

Weird Girls is an Austin-based website and YouTube channel dedicated to all things geeky, but from a female perspective

When Dallas and Fort Worth Were the Music Capitals of Texas

Before Austin became the 'live music capital,' they were rocking & rolling in DFW

Space cowboys in Marfa, 'Angry Henry,' and how you can help Greenlight local developers

Inspired by a 1779 painting of two real-life cousins – one black, one white – Belle gives a fictionalized account of their lives.

Jon Favreau and a bunch of ready collaborators find the heart in this story about a chef who rediscovers what's important when he turns to a food truck.

X-Men: Days of Future Past

Diverting but rarely riveting, this latest offering from the Marvel Universe kicks the can down the road some more.
arts & culture

The 2014 class of the Austin Arts Hall of Fame

Skewering reality for the fifth year in a row – now with Skinny Bitch Jesus Meeting and more!

The title may sound heavy, but this is a black comedy, given an artful and playful new staging by Paper Chairs

Let Austin booty fill you with joy this week

The Good Eye: V Is for Vulnerability

There ain't nothin' hurly or burly about these ladies

The Luv Doc: Whipping It Out

A bold, decisive move that requires a lot of data points