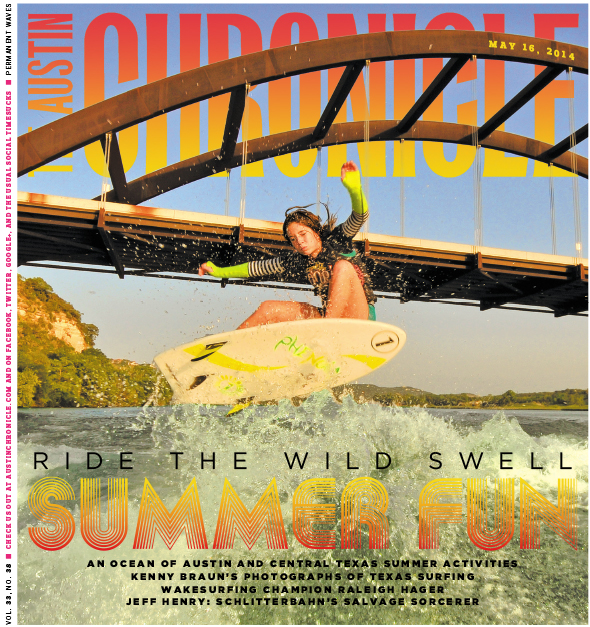 Attractions, Gear hubs, Instruction outlets, and general Resources to let you make your own waves

Fun in the Sun

Planning your summer early? Check out our roundup of the season's big events.

Surf Texas: It's not a question, it's an invitation. Just ask Kenny Braun.

Raleigh by the Numbers Then There's This: Water Talk Bubbles Forth

Look out – the 'yummies' are coming!

Riding the Wave of Rum Punch

Local gelato maker heads to the finals, delicious tacos at Pachanga, and to-go orders at Sway When the Clock Strikes 12

Where You Go
screens

The Weight of Norman Bates

Lake Sure Drives a Movie Home

'Bursts of Being a Lady'

An Offer You Can't Refuse

A conversation with 'Locke'-smith Steven Knight

This Argentinian film uses the country’s dark history as a haven for escaped Nazi war criminals as fodder for this atmospheric tale.

Philip Seymour Hoffman, in one of his last performances, heads up a terrific ensemble cast for this offbeat drama adapted from a Pete Dexter novel.

These monsters have more audience appeal than their human co-stars – which is good and bad.

Animated Dorothy goes back to Oz for further adventures.

In this bravura movie, Tom Hardy plays a man who tries to mend the unraveling threads of his life while behind the wheel of a car for 85 minutes.

Jon Hamm stars in this story of a sports agent who hits on the idea of turning Indian cricket bowlers into talented baseball stars.

The moms take a girls' night out and leave the kids home with their hapless dads. Chaos reigns.
arts & culture

Far Away, From Home

Out of Peel Tree

Above the East China Sea

In her most ambitious novel, Sarah Bird entwines the tales of two teenaged girls, both on Okinawa but in different eras

Thunderstruck and Other Stories

Through research and case studies, Robert Bryce argues that human ingenuity will beat environmental collapse to the punch

Artists host a yard sale of their work, offer soothing tunes from a vending machine

This classic's technical challenges were cause for concern, but Ballet Austin's staging boasted wonders as well 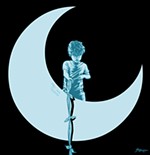 Letters at 3AM: The Nameless Moon, Etc.

Ventura unpacks his folders full of sentences without homes, and other remnants excised from this and that

The Good Eye: Swimming While Fat

Does this swimsuit make me look fat? I hope so.

Student rockets scream across the sky at Willow City

Austin's gay summer is off to a bright and sunny start: It's World Goth Day