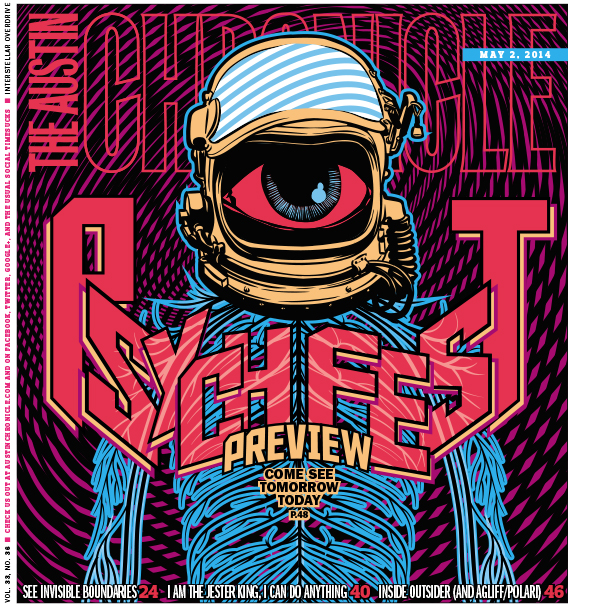 pdf
ON THE COVER:
Time of the Season
news 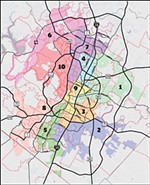 Sotomayor on the willfulness of judicial 'colorblindness'

Then There's This: The Road to Fewer Roads

Can the latest advances in intersection designs fix Austin's gridlock?

Elegy for the Man Behind @ATXhipsters

Report says 4.1% of death row defendants in the U.S. are innocent

Rick Perry's got himself into a jam with the law, but fret not, he's got taxpayers' dollars to cover his attorney fees

All Hail the Jester

Changing the world – one beer at a time

The scoop at AF&WF, and sad news for breakfast taco lovers

Time of the Season

Welcome to Area 51 of APF

Does Austin have enough room for two queer film festivals?

An Actor and an Übermensch

The Pen May Be Mightier Than the Sword, but Sometimes It Makes You Want to Slit Your Wrists

More proves to be less for Spidey this time out.

In one of his last roles, Paul Walker stars in this American remake of Luc Besson's actioner District B13.

After buying a storage locker full of unknown photos, the filmmaker becomes the de facto executor of the unheralded photographer of the title.

In this road movie, Catherine Deneuve plays a Frenchwoman having an existential crisis on wheels.

The venerable Hammer Film studio gets into the found-footage horror genre.

Chris Eska's ambitious indie film is set during the waning months of the Civil War and tells a distinctive coming-of-age story.
arts & culture

Everyone, young and old alike, gets drawn in to Present Company's staging of this Shakespearean rom-com 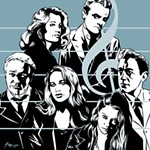 Letters at 3AM: Musicians of Behavior

Actors are musicians of behavior

The Good Eye: Are You There God? It's Me, Vagina

One zine grows up, and Austin's mags burst into bloom

Gay Place: That's Where I Wanna Be: Lenny!

This week's week of nuts is kicked off with OUTsider's first outing: MayDayGayDay

The Luv Doc: A Big Move

An unexpected wet willie from the finger of the divine