e-edition   |   pdf
ON THE COVER:
The Aftermath
news 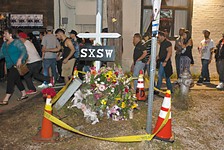 Days later, the Red River rampage echoes through many lives

If there's money left over, you're doing something wrong

Then There's This: Dangerous Path

One mayoral candidate out, another in

Council: Have We Got Deals for You!

The spreading plague of anti-bacterial products

Inside the Texas Wine Trade

The barbecue beat, plus big news for the Omelettry

We Are the World

Sara Paxton on all the awkward and awesome moving parts behind E.L. Katz's 'Cheap Thrills'

Jason Bateman plays a grown man who finds a loophole to compete in a kids national spelling bee, but the reasons are only known to him.

Yet another dystopic YA book series gets translated to film – and one that resembles thebestseller: engrossing yet flimsy.

This re-energized franchise has found its second wind: The Muppets' eighth movie proves that eight is not enough.

Vermeer must have painted by using a camera obscura and Tim Jenison spends four years proving the method in this fascinating documentary by Penn & Teller. 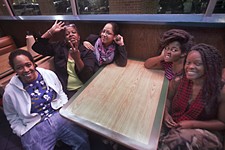 That Body, My Teacher

A Continuity of Discontinuity

Georgetown Palace Theater delivers the spectacle of this feline musical, and admirably 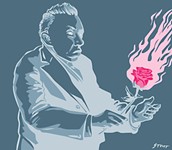 Letters at 3AM – Manifesto: A Radical Aesthetics

Get stuff out there; work with cause: That's the genesis of LettersAt3amPress

The Good Eye: Auntie Miriam Is Not Impressed

Guest columnist Miriam Malinger is so over it

Maybe you're not cut out for monogamy