e-edition   |   pdf
ON THE COVER:
Watching the Watchmen
news 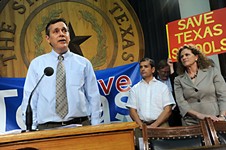 The Heart of the Community

SXSWedu gathers voices on schools in communities, communities in schools

From Ravitch to the Ritz: SXSWedu highlights

Leffingwell takes pride in his hometown ... and looks toward one final vote

Then There's This: Our Ill-Advised Relationship With ICE

Travis County runs a brisk deportation business, as other entitites call it quits

Soccer Watch: A Pro Team, and a Soccer-Specific Stadium

Council: Down by Lady Bird

5-4 vote reveals tension on the dais

MPP: Ready to Roll on Pot in Texas

The Marijuana Policy Project is rolling out a Texas legalization campaign

Add the EEOC to the parties weighing in on firefighter hiring

There are no stops on Ted Cruz's ego trip

Gear Up, Beer Up

Where Is Your Bartender Drinking Tonight?

Pro tips on where to find the best crafted cocktails

Restaurants scramble to open in time for SXSW

Eight Austin acts showcasing at SXSW and deserving it 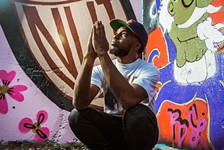 A crash course in privacy, in case you've been (not unreasonably) living under a rock

What Would Mindy Do?

How to Run a Very Successful Crowdfunding Scam

Or epically fail at launching a tech product

It's Do or DIY

Whether quiet protest or paradigm shift, the handmade crowd has plenty to say

O Death, Here Is Thy Sting

Leveraging a scorpion's deadly synergy in the battle against cancer

NASA Wants You to Help Save the World

Space returns as the final frontier of Interactive programming

How is our obsession with photography changing an entire industry?

Millennials have gotten a pretty bad rap, but do they deserve it?

Adam Savage on the human capacity for knowledge

The Future of Food Is Now

From drones to cricket flour to apps designed to make food deserts extinct, social justice is at the intersection of food and technology

The Singularity Is Clear

Getting down to brass tacks about one of Interactive's favorite buzzwords

Around the World in 519 Terrifying Days

'Maidentrip' circles back to Austin for Doc Nights

Chip Zdarsky and Matt Fraction get down to business

Liam Neeson plays a flawed lawman once again, this time tasked with finding the terrorist on a plane.

A gladiator slave must rescue his secret love before Vesuvius erupts.

3-D Russian film about the bloody Battle of Stalingrad.

Kevin Costner stars in this snappy but contrived mix of international espionage and paternal redemption.

The swan song of master animator Hayao Miyazaki appeals to the head and heart.
arts & culture 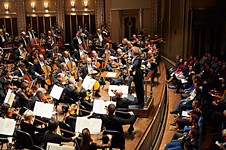 In a beam-exposed, remodeled garage, this artist prepares to send her work off into the world

The Good Eye: Farm to Face

Gourmet skincare by women, for women

Bastrop foundry has a heart of bronze

The week before SXSW: The calm before the storm of more queers than we know what do with ... Oh, we'll think of something

The Luv Doc: How Close is Too Close?

Soccer Watch: A Pro Team, and a Soccer-Specific Stadium?