pdf
ON THE COVER:
World on a String
news

The All-American, Major League star and human rights hero spent a few youthful months on the east side of our city's 'Mason-Dixon Line'

Then There's This: Working Man of Green Gables

Abbott Courts the Nuge ... and His Guns

A Cold Day at Whole Foods

Carter and Clinton to deliver keynotes

The super rich literally live in their own world

Sweets With a British Accent SXSW begins giving up her secrets.

The River & the Thread

Beau Willimon Lays His 'Cards' on the Table

Alicia Silverstone and AJ Michalka star in this story of a small-town dreamer.

Bollywood story of a kidnapped rich girl who falls in love with her abductors.

Émile Zola’s Thérèse Raquin gets another film adaptation, this time in English.

In this movie from the always perceptive Japanese filmmaker Hirokazu Kore-eda, two families are uprooted by the belated knowledge that their babies were switched at birth.
arts & culture

World on a String

Shanon Weaver puts on 600 lbs. for A Chick & a Dude's latest show 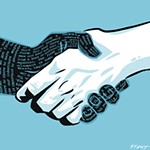 How to Write a Book

If you think you have a book in you, it's important to find out if you really do

Dine with an astronaut at Space Center Houston's Astronaut Fridays