pdf
ON THE COVER:
From Russia, With Love
news

The Next Round of School Reform

A decade of changes in Eastside schools

Then There's This: Hard, Coal Reality

Breaking up with Fayette Power is hard to do, AE officials say

AISD Going Out on a Limb

Single-sex schools aren't all they're cracked up to be

Fairness of endorsement process in dispute

Is the City Trying to Bust the Firefighters Union?

No meeting this week, but plenty of contention next week

From Russia, With Love

Can Austin save the migratory monarch by planting pit-stop snacks?

More openings on the horizon 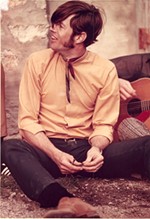 And, They Call Us Cowboys: The Texas Music Project

Story-centric documentary reveals the power of a child's vision

A Field in England

The most enticingly original film to come out of the UK this year is told in crisp, trippy, black and white.

A middle-aged Chilean woman meets life as it comes.

Let's face it: We're putty in these things' hands.

George Clooney's star-studded account of the Allied rescue of the stolen art treasures of WW2 has many great scenes but no center.

A man carves majestic caves in sandstone rocks, and a prison hospice sees a lifer to the end.

'The Strange Undoing of Prudencia Hart' 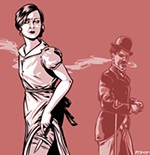 On Feb. 7, 1914, the world first beheld Charlie Chaplin on the screen in his iconic getup

The Common Law: The People's Law School – Learn the Law at No Cost

The Good Eye: Of Pomp and Pompadours

Beautiful people at the launch of slow-fashion brand Essential Oliver

Old friends bring new art to new gallery, and it's Q as all get-out

New Orleans spring festival season is all about music and food

To tell or not to tell? 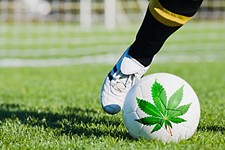