pdf
ON THE COVER:
Fluff and Stuff
news 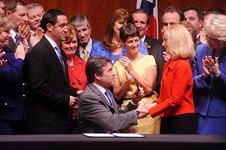 What Now? What Next?

Then There's This: Sunshine for the Homeless

A proposed RV park would provide more than just shelter

Shit or Shinola? Dewhurst Puts His Foot in It

Lt. Gov. throws Texas DPS under the bus in an attempt to explain Tampongate

No Room for Gays at the Red Room?

Two Western Outposts on the Gateway to the Hill Country 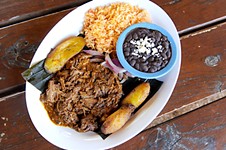 Virginia B. Wood reflects on 20 years of reviewing Austin restaurants

Will a new culinary concept keep the venerable eatery in step?
music 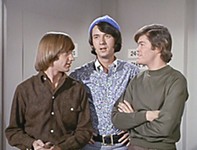 How the Nez Was Won

Zorch for hire, Ancient VVisdom on loan to Satan, and Charlie Faye updates her relationship status

Live at the Lucky Lounge

Riders Against the Storm, The Kulture Riots, FilthyFckingHumans
screens

If BuzzFeed's animal empire is trying to infiltrate hard news and traditional media outlets are still trying to get in on the cat cash cow, where does it all end?

Brian Salisbury talks about his new, post-Spill site, One of Us

Another Notch in the Chastity Belt

Getting busy with UT alumna Maggie Carey's 'The To Do List'

In this Indian crime thriller, a team of experts goes after the country's most wanted criminal.

This hot-button film creates a sad portrait of a young black man unjustly shot down.

Mads Mikkelsen stars in this Danish film by Thomas Vinterberg as a man whose enitre life is undone by a little girl's lie.

The Rest in Peace Department of undead police officers is joined by a recently slain cop.

The twist in this raunchy loss-of-virginity comedy starring Aubrey Plaza is that it comes from a teenage girls' perspective.

With perma-snarl intact, Hugh Jackman is back as the Wolverine hunts new prey in Japan.
arts & culture

So Much Beginning Where Sixth Street Ends

All Over Creation: What Do You Mean?

This year's Zilker Summer Musical swaps the Swiss Alps for Skid Row, but it's as hugely entertaining as ever

The Line That Divides Us

It's a week filled with sun, Sin, geeks, gays, and Divorcées.