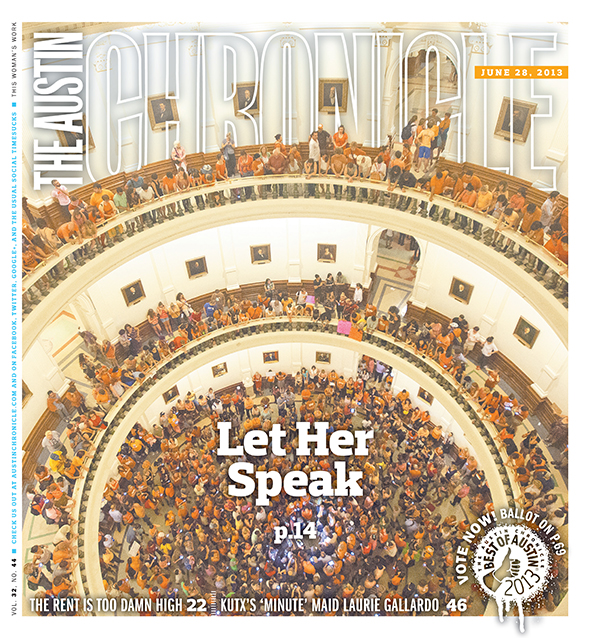 A Victory by the People

Point Austin: A Moment of Celebration

It's a long road, but we can walk it together

Then There's This: Council's Version of Sine Die

Take a spin with Ted

Austin gets hip to the world's most consumed meat

Home's A Brewin': Here's a Hophead a Newbie Can Drink With

A multifaceted diamond tucked away in the suburbs

Who's Max Frost and how did the Austin native sign to Atlantic Records? 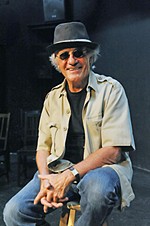 Film's best-known dead guy is alive and kicking in Austin

Run Away With the Circus

A black proto-punk band from Detroit that wouldn't compromise on its name is unearthed in this music doc 35 years after recording their original demo tracks.

In his follow-up to Bridesmaids, Paul Feig re-employs Melissa McCarthy and teams her with Sandra Bullock for a comedy about a mismatched law-enforcement duo.

This new Indian film is a Romeo-and-Juliet-styled romance.

Are sommeliers the "new rock stars of the food industry"?

Roland Emmerich blows up the White House real good, so who cares if it doesn't all compute when you have Channing Tatum and Jamie Foxx (as an Obama-ish prez) battling to become last men standing?
arts & culture

In a changing city, Michael Anthony García embraces the changing roles of the visual art maker

All Over Creation: Ode to Joy

In a week's worth of creative endeavors, delight proves illuminating

Aerial theatre company Sky Candy was created to mount a show like this, but it juggles too much to be effective

Gay Place: What A Riot

Bobcats get proud, plus another Stonewall commemoration

After a Fashion: The Main Event

Your Style Avatar would look great sporting these parasols

Letters at 3AM: The Patriot Edward Snowden

The Luv Doc: Is Your Neighbor a Prostitute?

Unless you hear the sound of chain saws or the whinnies of horses, you probably don’t have anything to worry about