pdf
ON THE COVER:
There They Go ... Here They Come Again
news

There They Go ... Here They Come Again

A no-drama session ends – will a high-drama special follow?

'Suicide by Cop' or Preventable Tragedy?

If the 83rd Lege glazed your eyeballs, act two might wake the balcony

Then There's This: Too Much Heartburn Over AE 'Governance'

Council appoints itself to a committee to study utility oversight

AISD: How Much Single-Sex Is Enough?

Meet the new agenda, same as the old agenda

The Hightower Report: A New Home for Poverty in America

A new home for poverty in America

Read It and Eat 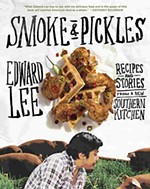 Smoke & Pickles: Recipes and Stories From a New Southern Kitchen

This fascinating compendium of food-related maps was crowdsourced and crowdfunded

Bake It Like You Mean It: Gorgeous Cakes From Inside Out

An essential cookbook for novice bakers and pros

Cooked: A Natural History of Transformation

Michael Pollan takes a seat at the dinner table

Eating well and wise while on a budget

Every dish has a story

Problems at Austin's Pizza, Peached Tortilla primed for TV, and – what else? – barbecue news

Chaos in Tejas brings the bedlam

Chaos in Tejas courts hip-hop, and other tales from the underground punk / metal fest

The Man Who Died in His Boat 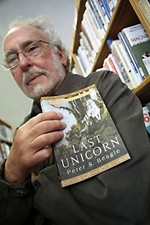 'The Last Unicorn' takes a victory lap at the Alamo Drafthouse

The plastic surgery performed in this horror film gives real meaning to going under the knife.

There's a tour de force performance by Greta Gerwig and no small amount of magic in this winning movie by Noah Baumbach about a generation in flux.

Real-life adventurer Thor Heyerdahl's 1947 trip across the Pacific on a raft is re-created in this beautifully lensed film.

Love Is All You Need

The 2013 class of the Austin Arts Hall of Fame

On a tarp-covered wall in a studio on Burnet Road, there lurk tigers ...

With strong direction and a fine cast, City Theatre's revival of the jury-room drama of the 1950s feels very contemporary

'Not How It Happened' Letters at 3AM: Obama's May 23 Speech

Bomb together or bomb separately: It's Queerbomb weekend

Don't tell Stephen who to expose

The Luv Doc: Wormhole of Despair

Are you an emotional vomit bucket?

The Brewskee-ball National Championships Crown a King of the Lane