The Changing Face of Mueller

The Changing Shape of Austin Studios

May 11 AISD Bond Election: The 'Chronicle' Endorsements, With a Note From the Publisher

Then There's This: Biscoe: The Most Popular Guy in Town

It's a mad rush at the Lege before sine die

With Barack Obama coming to Austin, the Council agenda is slim

Oh joy – the branch bank of the future is here!

Austin Bakes for West a winner, plus accolades and openings 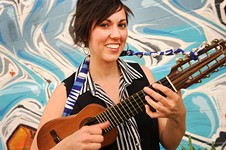 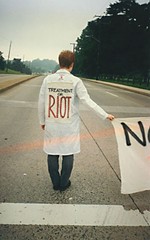 AFS Doc Nights: 'How to Survive a Plague'

Cinedigm Docurama gets a taste of exotic produce

Colin Firth and Emily Blunt star in this road picture about two people who try to escape their identities but fall in love and learn to accept their responsibilities.

A great American novel does not always a great movie make, but Baz Lurhmann, a director of delirious excess, certainly seems an apt fit for the Roaring Twenties.

Renoir is great at capturing an Impressionist atmosphere on film but this story about the family relations is dramatically inert.
arts & culture 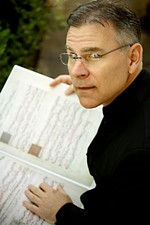 The Art of Moving Books

The Chimponauts and the Mechanical Phantom

It may help to know sci-fi B-movies, but this space spoof by Electronic Planet Ensemble is silly fun for everyone

Last night a hairstylist saved my life... no, really

This is no ordinary campus malt shop

Adelina Anthony comes back to town, and Liberace on the radio

The Luv Doc: Boxers or Briefs?

A Tale of Two Roller Derbys