pdf
ON THE COVER:
He Makes What He Loves and Then They Consume It
news 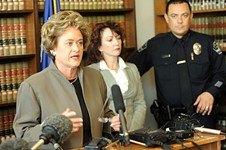 As D.A. Rosemary Lehmberg serves her sentence, the county attorney takes on the civil lawsuit and the next steps

Then There's This: Housing Bond Back on Ballot?

After voters' rejection in 2012, November may bring another try

Council Preview: The Budget ... and Everything Else

After a daylong budget work session, the Council still have a lot to take on

TAVP: Trying to Heal After Violence

No place for mitigation

The Lege looks at campus guns, the Rainy Day Fund, and the West explosion

Vaca y Vino in Your Own Kitchen

Frank and Angie's, Now and Forever

Pinkies up! The Steeping Room brings its delectable teas and tea sandwiches to Rosedale.
music

He Makes What He Loves and Then They Consume It

It's lights, camera, action for the Hill Country Film Festival

Scottish social-realist director Ken Loach is back with a new movie about young delinquents and a whisky-distillery heist.

A period piece about two generations of matadors is fused with the Snow White fairy tale in this black-and-white Spanish charmer.

It's more of the same, but the same is pretty good.

No Place on Earth

A spelunker in the Ukraine turns amateur sleeuth as he tries to make sense of the remnants he finds in a cave: They were left by Jews who hid there from the Nazis.

The process used by Austin choreographer Allison Orr to create this dance piece for garbage trucks and sanitation workers is revealed in this fascinating documentary record.
arts & culture 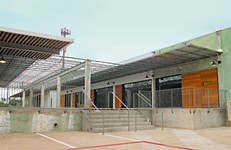 Another weekend in which to go WEST, young man 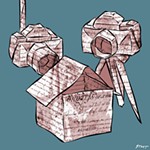 Letters at 3AM: An Arbitrary Nation, Part 2

After a Fashion: Dear Francis

From Outerspaces to Deep Inside, this is the week that is... gay

The Luv Doc: A Certain Lack of Sophistication

Even the most vigilant grammarian is prone to the occasional slipup