pdf
ON THE COVER:
Clear As 'Mud'
news 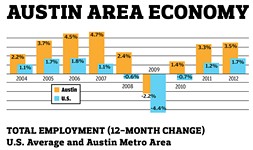 Point Austin: What Should Lehmberg Do?

Whatever her decision, she's earned her own mind

Then There's This: Razing History

Johns Hopkins and American Institutes for Research are top candidates

Measure gets nod on House floor

Video footage from D.A.'s booking not as sensational as expected 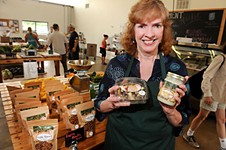 Austin chefs turn up the heat on reality TV, plus restaurant openings on the horizon

Cafe Josie Changes It Up

Specter at the Feast 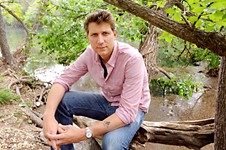 Writer/director Jeff Nichols dishes the dirt on his third feature

It's lights, camera, action for the Hill Country Film Festival

Get the Green Light

Nothing Mini About It

The latest on 'Star Wars,' Drafthouse, and Kickstarter

The Company You Keep

Members of the Weather Underground resurface in this contemporary thriller directed by Robert Redford.

This mawkish, preachy picture about technophobia has already dated itself.

A young, Latina hip-hop artist gets a shot at a record contract only if she is willing to compromise her ideals.

Ron Morales’ hostage thriller is a fluorescent-lit tour of the city’s seedy underbelly.

A pro ballplayer with a substance-abuse problem goes back home for rehab, and finds Christian redemption by coaching a Little League team.

One of the dirty secrets of modern American filmmaking is what a skilled director Michael Bay really is.
arts & culture

A Lot of Chatter

Things change, but Janeane Garofalo still loves to stand up on a stage and talk

Both Sides Going for Her

Stuck in the Middle

With Julie Goldman, how butch is too butch? How rough is too rough?

These are a few of Janine Brito's favorite things

Austin veterans perform their pasts to bridge the civilian-military divide

What the 'Faust' – an opera with a nightclub scene?

The second WEST provides a journey of creative wonders

Austin Is a Place (You Are Here) 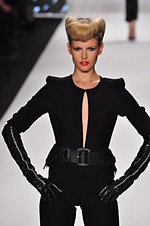 Stephen reminisces and plays "No, you!" "Oh no, you!" with Daniel Esquivel

Volleyballin' it, on the court and on the big screen

Sweet and sticky tradition goes back to 1915

Aztex prep for season, and more 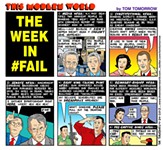