On the road to high speed paradise, hurry up ... and wait

Then There's This: Surrendering Power

Council is poised to give up control of Austin Energy, no matter how you feel about it

BY JORDAN SMITH AND AMY SMITH

Austin Energy governance is the big item on this week's agenda

Bureaucracy may be reason for program's stunted growth

It's Official: Google Fiber Is Coming to Austin

Austin will be second city in nation to host ultrafast network 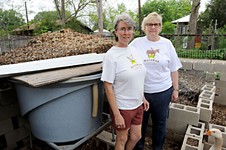 Does the closure of HausBar Farms spell trouble for the urban farming movement?

On the Bus Again

On the eve of turning 80, Willie Nelson's still calling the tune

Where Do You Want It?

Spring Break of the Soul
screens

On the Scene With Cine Las Americas

From homophobia to 'Hava Nagila,' these 21 features cross boundaries and borders

The Many Faces of Janus

In this Bollywood comedy remake, three male friends and roommates fall in love with the same woman.

Jackie Robinson's story is told as a socially conscious moral tale about the malevolence of segregation.

The personal becomes political in Sally Potter's story about a girl who comes of age in England during the early Sixties.

The Place Beyond the Pines

A melodrama, multigenerational epic, heist film, and motorcycle-fetish movie are all rolled into one in this Ryan Gosling and Bradley Cooper headliner.

Exuberant but fairly formulaic, this Australian film is a backstage story about an all-girl singing group from the outback in the Sixties.

This Tamil comedy of errors is a remake of the 2011 Hindi blockbuster Delhi Belly.

Terrence Malick makes a swift return to our screens with this evocative story about the stages of love.

Five Cooks in the Kitchen?

The Duplicates shake up the recipe for theatre

A sampler of some tasty creative fusions in 2013

Bastion Carboni's new play is a confrontational mess, but it's vital in its commentary on bigotry within gay communities 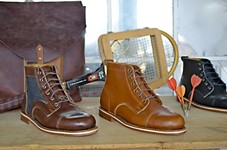 After a Fashion: The Report

Stephen's upgraded his assessment of the fight of his life

LoveBomb! (the fundraiser for QueerBomb), a coupla gay plays, a rainbow cutting, balls on fire, and more

The Luv Doc: Nowhere to Poo

People can be so judgmental