They ain't too proud to beg: But why should they have to?
news 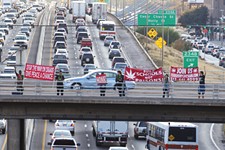 Reefer Breakthrough: What Happens Next?

Change our gun laws, change ourselves

Then There's This: The Irony of Conservation

AISD: IDEA Down, Travis Heights Up

AISD board cancels IDEA at Allan, but IDEA promises to stay in town

Council: Good for Austin Is Bad for Texas

Council ends 2012 with some last-minute business

GOP Politics Only at State Water Board 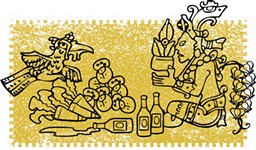 Unique gifts to please each discerning palate or distinctive passion

A roundup of this weeks food news 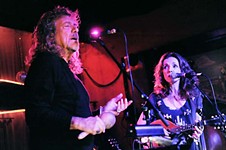 DIY, and So Can I

Turns Out the Title Wasn't Prophetic

Barbra Streisand and Seth Rogen are a mother and son on a road trip but the humor's mostly on autopilot.

The film gets big points for casting Bill Murray as FDR but its vision gets muddy after that.

Growing old gracefully is not an option in Judd Apatow's world.
arts & culture 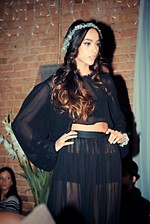 Art Institute presents a show, and the kids are all right ...

Gay Place: Ode To An -Oke

Dandy mourns the passing of a fine Hump Day tradition

The Luv Doc: Are Americans Crazy or Just Stupid?

Austin Aztex in the news, and more