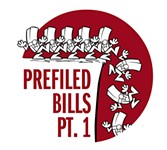 As the 83rd Legislature slouches toward Austin, hope dances a two-step with apprehension

Ongoing lawsuits are keeping everything in limbo, but after that …

Women's Health Care: Can It Get Worse?

Federal funding to the WHP is set to stop Dec. 31

On recusals, straight-ticket voting, and a bifurcated judiciary

First things first: Who's taking over the jurisprudence committee?

The practice of government by self-extortion

Beside the Point: All the Arguments That Fit

Already, the schedule for unveiling geographic districts in Austin has been denounced as impractical

A business that advertises in 'The Gamecock' magazine alleges its products are for fatigue and infections, not cockfighting

An IDEA Whose Time Has Passed?

The AISD board contemplates terminating its contract with IDEA Public Schools

For the pot smokers, pacifists, and stamp collectors in your life

BY JORDAN SMITH AND MICHAEL KING

The Hightower Report: Who Really Killed the Twinkie?

An international smorgasbord with something for every palate

Glow: Tastes From a Tiny Boathouse

Pecans: A Savor the South Cookbook

To Have and Have Another: A Hemingway Cocktail Companion

Wines of the Southern Hemisphere: The Complete Guide

Lagniappes from the Baking Shelf

Sparkling wine and whisky options for the holiday season Austin's version of 'Bad Santa' at a bar near you

The Ties That Bind

One last batch of music books for 2012

Neil gets sober, but stays hippie

Still the Greatest: The Essential Songs of the Beatles' Solo Career

Kicking and Dreaming: A Story of Heart, Soul, and Rock & Roll

Bruce Springsteen and the Promise of Rock & Roll

Can't get academic on the Boss' keister.

Love and hope and sex and dreams still survive in Mick Jagger.

Makeup to Breakup: My Life In and Out of Kiss

Kiss drummer may be the only one in the original band with any integrity, but it's still a sorry tale.

The Art of Punk

Don't dance about architecture, simply flip through the art of punk.

A Light That Never Goes Out: The Enduring Saga of the Smiths

When the Sixties Was Happening on FM Radio

This Texas-made high school comedy that's based on a comic book mixes elements of The Breakfast Club with Scoobie Doo with uneven results.

This follow-up to the horror/torture film The Collector seeks to mold a new franchise.

Anthony Hopkins and Helen Mirren keep things interesting but there's more here about the marriage and partnership of Hitchcock and Alma Reville rather than a good backstage look at the making of Psycho.

In this all-too-predictable romantic comedy/drama, Gerard Butler plays an ex-soccer star who ultimately reunites with his ex-wife and son, whose team he coaches.

Palace intrigue, bodice-ripping, and revolutionary thought: If only this costume drama about Danish monarchs behaving badly delivered on its promise. 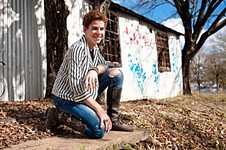 For Breaking String's latest show, the whole world is watching

Once more with feeling: It's yet another temporary space for the theatre's new season

Breaking String's production is fun, but the script gets self-indulgent a little too often

The paintings of Beili Liu, Shawn Camp, and Sandra Pratt might be what cartographers dream

The Common Law: A Visit From the Credit-Card Grinch 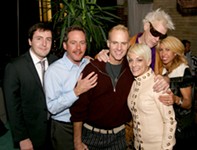 H&M and Zink have a lot in 'store,' and Seabrook's benefit was a smash

On our gaydar for our pre-holiday ho-ho's

Don't stress over something that doesn't actually exist