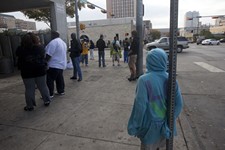 Still Looking for a Home

Austin searches once again for a comprehensive solution for homelessness

A few things we might ask before we provide corporate welfare

Then There's This: Water for Sale

WTP4 has to pay for itself, by hook or by crook

City to Heyride: Not So Fast

Is this mobile ridesharing app in a legal gray area or openly violating the city's taxi franchise agreement?

Next Week's Council: It's a Porker

Development incentives policies seem to be swinging in workers' favor 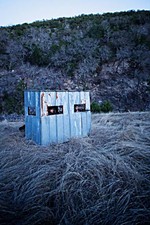 A weekend at Dai Due's Hunting School for Women

New owners are breathing life into an Austin landmark
music

Steady As He Goes

Reunions, fundraisers, performance videos – trying to rein in local music as 2012 draws to a close

No Catharsis in 'The Comedy'

A Gift for Every Gamer

Put yourself in the shoes of your gaming giftee and answer the following questions on your path to the perfect purchase.

Joe Wright's bold but empty imagining of Tolstoy's classic is set mostly within the walls of a theatre.

Some great performances punctuate the odd pacing in this adapatation of George V. Higgins' Cogan's Trade, set within the criminal underworld.

The fourth entry in this series is surprisingly complex and ambitious.
arts & culture 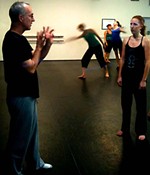 The disappearance, and tentative return, of a choreographic presence

All Over Creation: The Persistence of Penguins

And Then Came Tango stirs up a fuss, but its birds fly after all

Director Mick D'Arcy warms an old chestnut at the Vortex

'Randall Reid: Resurrecting the Past'

Letters at 3AM: The Lincolns of Hollywood

It is dangerous to view history through the eyes of sentimentality

The season has begun. Let the merry begin, fairies.

After a Fashion: For the Benefit of Mr. Jones

One of the hardest lessons to learn in life