Breaking Down the Ballot

BY MICHAEL KING AND THE NEWS STAFF 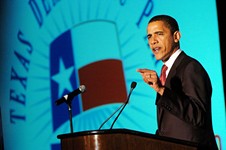 Then There's This: Giving Props to Austin

There's more to the bonds than meets the jerky knee

Austin Kids First is a bit of a mystery, even to education watchers

Race to the Board: Fundraising

Take Another Little Piece of My Art

Council: Time for Some Halloween Horrors

Featuring The Unholy Return of the Short-Term Rentals Ordinance

The Hightower Report: Freedom of the [Op]press[ed]

Quote approval is stripping the media of its investigative abilities 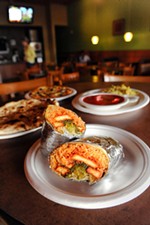 What will Formula One's impact be on the local hospitality industry? 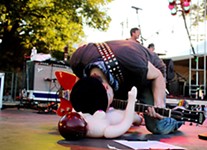 The ACL zeitgeist in review

What, where, and how long: Austin Film Festival need-to-knows

David Chase on the Sixties rock that inspired 'Not Fade Away'

'The Rep' charts the slow death of cinema-going

Pictures of Superheroes Packs in the Austin Comedy Talent

Don't Everybody Freak Out

GLOW: The Story of the Gorgeous Ladies of Wrestling

Plimpton! Starring George Plimpton As Himself

The Muslims Are Coming!

The Long and the Short of It

It's an uphill battle securing a future for a short film

Stretching out of his Madea comfort zone to play James Patterson's FBI profiler is a courageous but misguided move on Tyler Perry’s part.

Atlas isn't the only one to shrug off this tiresome load of Ayn Rand – but with poor production values.

Kevin James plays a biology teacher who moonlights as a mixed martial-arts fighter; Salma Hayek is his love interest.

A combat veteran suffering from PTSD becomes the dubious mentor of a boy whose mother has just OD'd in this heartfelt drama.

Andrea Arnold (Fish Tank) wrests Wuthering Heights from the heaving bosom of Romantics majors and gives it a good shake – even if she doesn't know when to stop.
arts & culture

From Nothing to Bounty

Playwright Lisa D'Amour muses on the distance between Austin and 'Detroit'

Dances Made to Order

Get out the vote: an online dance-film festival on themes chosen by you

Learning how to make Austin's creative success pay off for you

God and Man, Time and Space: Echoes of the Sistine Chapel

The play doesn't know what it wants to be, but it's still a fun night of theatre, especially for film buffs
columns

Letters at 3AM: A Big Picture and a Long Game

A U.S. military powered by biofuels could be a game-changer that ends the oil wars

After a Fashion: Out

The autumnal queerquinox is upon us.

The Luv Doc: The Voice

Really, what woman wouldn’t want to be Melanie Griffith?

UT's season was over by halftime

UT soccer still in the running for Big 12 title, and more