pdf
ON THE COVER:
Fantastic Fest Is Here To Bash Your Brains In
features

Nathan Garcia and the board of Austin Pride make good

The Sisters of Perpetual Indulgence come to town 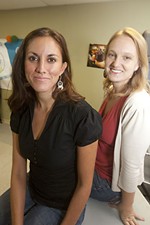 Celebrating a Legacy of Women

A thumbnail portrait of the proposed City Charter propositions

Here's a thumbnail of the seven bond propositions, from transportation to film

Council: A Tapestry Dance for Fall

Cabs, parking, and marriage equality are all on the docket next week

Cleve Foster was convicted of a 2002 rape and murder

People are being replaced by robots who don't take coffee breaks

Taking the tykes out to eat without breaking the bank 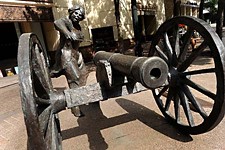 Home with the Armadillo

Playback: Coolest Board in Town

Depending on the Distance

The Garden of Joy and the Well of Loneliness

The Freedom To Fail 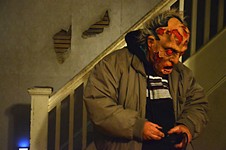 Fantastic Fest Is Here To Bash Your Brains In

Writer James Moran on his FF twofer, 'Cockneys Vs. Zombies' and 'Tower Block'

Gods Like Us: On Movie Stardom and Modern Fame

From the makers of the animated Persepolis comes this modern-day, live-action Arabian tale.

This believable L.A. cop drama, starring Jake Gyllenhaal and Michael Pena, is from the writer of Training Day, David Ayer.

A dead veteran's family heals their loss through their "free speech" battle to save Christmas from the godless ACLU.

Philip S. Hoffman and Joaquin Phoenix act out the internal (and eternal) war between the analytical and implusive that is the principal inquiry of P.T. Anderson's film.

In the fifth installment of this horror franchise, Milla Jovovich again stars as the saga's heroine Alice, who fights the Umbrella Corporation and the undead.

In this animated Czech film, a teddy bear, a mechanical mouse, and a marionette join forces to save their kidnapped friend.

Trouble With the Curve

Despite its love of baseball lore, this film, starring Clint Easstwood and Amy Adams, is really a melodrama about the reconciliation of a father and daughter.

This ebullient domestic comedy by Julie Delpy, in which she co-stars with Chris Rock, is a follow-up to 2007’s 2 Days in Paris.

In this inspirational film, a woman loses her faith after her husband is killed in an act of senseless violence.
arts & culture 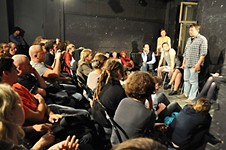 Why the Russian connection matters to Austin theatre

This theatrical riff on loneliness in space looks great, but we've seen it all before

Letters at 3AM: A Century Since 'The Water Nymph'

After a Fashion: Wandering Lust

Finally! Details about Your Style Avatar's return to fashion

What else is happening during the rest of Pride Week?

An oasis in a wasteland of convenience-store coffee pots

The Luv Doc: Mistakes and Shortcomings

Dude, when are you going to get your shit together?

St. Edward's women No. 6 in the country, and more