Whatever Gov. Tough Guy says, Texas health care is about to get a federal upgrade

What's already in effect and what's still to come

The argument over geographic districts takes a nasty turn

Then There's This: No Drought Here

So what if the lakes are half full – it rained, didn't it?

Docket Is Full, but Judges Are Few

APD officers will be required to get written consent for searches

$1 Million: The Next Price Tag on No-Kill

The new Austin Animal Center is overflowing with animals

On the app, the digital divide, and the future of hardcovers

Some 120 items bring City Council back in full force

Midsummer heats up with a variety of wine tasting ventures

Despite some bright spots, 'Gusto' fails to dazzle

Over Under Sideways Down

The resurrection of DJ Jonathan Toubin

Playback: They Only Came To Kick Some Ass

The A to Z Recordings

A Raunchy Comedy With Sacred Cows in Its Sights

Star Trek: The Next Generation: Season One

It was a game-changing reboot, and boy oh boy does it look dandy on Blu-ray

Bill Wilson, the co-founder of Alcoholics Anonymous, is the subject of this admiring yet enlightening documentary.

Optimistic youth continue to curdle in this latest Todd Solondz outing, even though the film's tone is less shrill and insistent.

This comedy is awfully lightweight although Richard Ayoade lends some spark to the goofy quartet.
arts & culture

Two Blanton Museum exhibitions, two artists, and a conversation about how to look at art

Hidden Room Theatre leads us forward into the past

All Over Creation: Surprise, Surprise

When an outstanding free production of a classic drama can't draw a crowd, we all lose

Distractions aside, this Hyde Park production's heart and funny bone are in sync with the play's 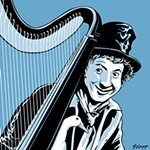 Letters at 3AM: Why a Duck?

The Marx Brothers were funny but they weren't kidding

Your Style Avatar with two tributes and an apology

Cool off, this red, hot summer with some sweet, sticky babes

The Luv Doc: Willingness To Commit

You’re not special even though ironically, specialness is the American mantra.

Congrats to the Aztex on a great inaugural season, and more